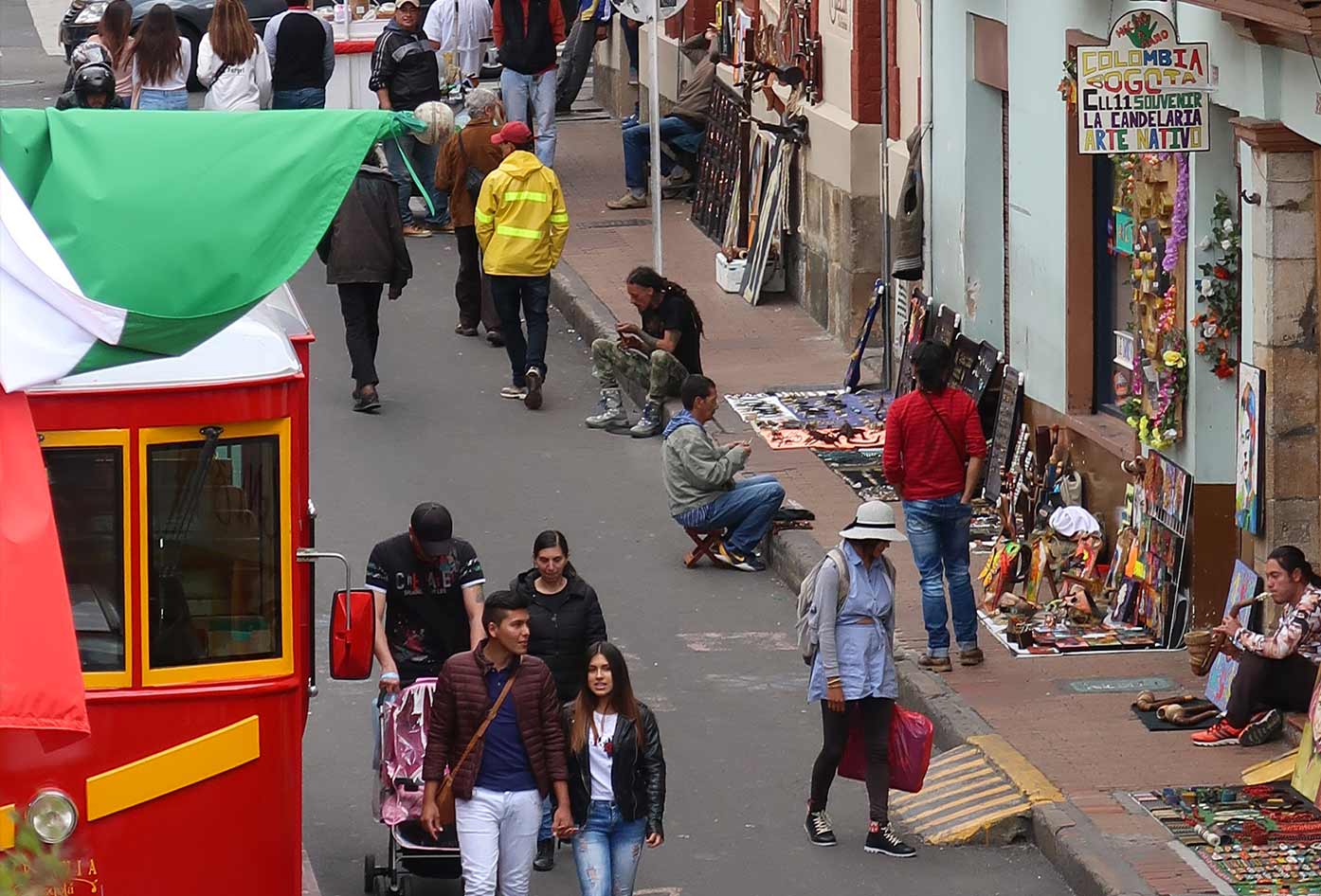 Are you wondering, is Colombia safe to travel in 2022?

Colombia is the pride of South America. The most northern country within the continent, it’s home to 10% of the whole world’s biodiversity.

Not to mention it has incredible beaches on the Caribbean Sea, mesmerizing zócalos (brightly colored decorative panels painted on the fronts of shops and houses), and the world’s best coffee.

However, some people may worry about safety when it comes to traveling around cities such as Bogota or worry about Colombia’s proximity to Venezuela.

This is understandable since the news media tends to over-indulge details about political unrest or crime.

Is it Safe to Travel to Colombia?

Most of the area is completely safe, with the exception to a few locations which will be listed below.

Colombia is slowly emerging as the best tourist location in all South America since most of the sights are more rustic and authentic than those in Brazil or Argentina, whilst still being just as safe.

The reputation the country holds is only true of its past, it has changed exponentially in the last few decades.

Is Colombia Safe to Travel Alone?

It’s quite safe for the lone traveler. If you’re on the fence still be sure to read my solo travel help guide.

Of all the South American countries, it’s becoming a top destination for solo travelers.

The risk of kidnap/petty crime is low in most regions and the Colombians love visitors to their country to show them their wonderful and unique culture.

Even the official Colombia tourist board has a blog dedicated to solo travelers:

Petty crime is common. For most backpackers, the idea of going to impoverished areas just to act like a tourist flashing expensive gadgets and items is against their principles.

This idea should be doubly noted for Colombia. Colombians have a saying: “No dar papaya” (Don’t give papaya).

Essentially, it means that you shouldn’t have something “sweet” out in the open (a phone, computer, watch, etc.) that would make you a target.

Don’t put yourself in precarious, targetable positions, such as being alone at night or in the middle of a bustling crowd.

As for most south American or Central American countries, you are vulnerable to not only deportation but violence is found in a rally or protest.

Safety in the Streets

In November 2019 protesters took to the streets of the Colombian capital, Bogotá, frustrated by the slow rollout of the 2016 peace deal with the FARC rebels, which resulted in protests against the government.

Since then, anti-government protests and demonstrations have continued on-and-off across the country.

Make sure you know from local news if there are any scheduled rallies taking place in city centers.

Backpacking is certainly easier once you’ve reached Colombia than through the likes of Brazil or Lima.

One reason for this is that there is still incredible wildlife reserves and topography, you won’t be spending all your time trudging through jungle canopy or climbing oxygen-less mountains.

Here are some handy tips for when you do travel to Colombia.

For the most part, this is a tailor-made list for visiting a specific South American country, but these tips are useful for other places too.

Parts of Colombia are safer than most American countries.

However you’ll need to know how to move around here!

Learning how to connect with people on your travels always helps.

I have written some basic tips that will go along way in preventing the unlikely.

It always helps to stay prepared – See these Tips:

Now, let us look at keeping belongings safe in Colombia so you can concentrate less on crime and safety and enjoy what the country has to offer.

These tips are designed to deter theft or petty crime whilst out and about:

There should be CAI in most neighborhoods so it may be worth locating the nearest one where you’re thinking of staying.

For example in Medellin, one CAI can be found in Parque Poblado.

Places to Avoid in Colombia

As advised by the UK government, here is the list of locations in Colombia you shouldn’t travel to except if it’s absolutely essential:

Most of these places of well-off the beaten tourist tracks but in some cases, you may find yourself nearby.

As a frequent visitor to Colombia, and connecting with the Colombian Culture through travel.

Chocó has become a region that fascinates me and I’m planning to visit places such as Nuquí and Bahía Solano this year.

Got Travel Insurance for Colombia?

Overall, when it comes to Colombia, there’s no comparison.

It’s becoming the best location to visit in South America, so if you visit now you’ll be ahead of the curve.

As long as you stick to our safety tips along with the travel advice of your national government, you’ll have an unforgettable trip. 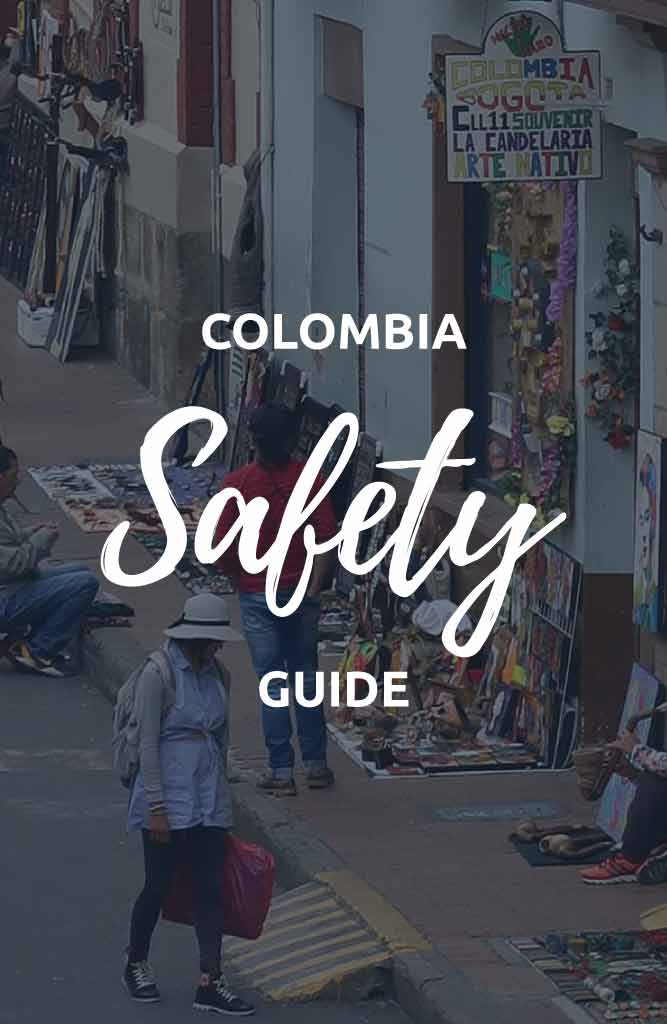 This website uses cookies to improve your experience while you navigate through the website. Out of these, the cookies that are categorized as necessary are stored on your browser as they are essential for the working of basic functionalities of the website. We also use third-party cookies that help us analyze and understand how you use this website. These cookies will be stored in your browser only with your consent. You also have the option to opt-out of these cookies. But opting out of some of these cookies may affect your browsing experience.
Necessary Always Enabled
Necessary cookies are absolutely essential for the website to function properly. This category only includes cookies that ensures basic functionalities and security features of the website. These cookies do not store any personal information.
Non-necessary
Any cookies that may not be particularly necessary for the website to function and is used specifically to collect user personal data via analytics, ads, other embedded contents are termed as non-necessary cookies. It is mandatory to procure user consent prior to running these cookies on your website.
SAVE & ACCEPT
46 shares