Are you familiar with the typical Mexican Stereotypes?

There are the two extremes of Mexico. The lazy and the violent. The country might be perceived as having thousands of lazing Mexicans, with bellies full of tacos, melting in the sunshine.

That might be somewhat true of Mediterranean countries on days of rest, but it is worth knowing that Mexicans are anything but lazy.

This may’ve come about due to novels such as ‘On the Road’ by Jack Kerouac displaying 1950s Mexican villages as being relaxed beyond measure. Mexican movies depicted in Hollywood had the same effect.

The violent side is based on the extended history of stereotyping indigenous cultures as holding sacrifices of both people and animals.

This leads into the cartels of Mexico also. This is the most dangerous and divisive stereotype of Mexican culture, as the largely Catholic country doesn’t take death lightly.

Violence as a result of gang activity is largely shunned by the locals, who fight every day to end its reach.

Reasons why you may be wrong about Mexico:

It’s easy to say just research what a country is really like.

However, this will never have the same convincing stature as actually visiting the country yourself to experience it first-hand.

These are just some of the common misconceptions about Mexico.

This article attempts to narrows some of them down and will give you the low down as to why they are untrue.

Also, in this list, you’ll notice how there are some that are close to the truth, and others that are just flat-out lies.

Doesn’t every country in the world have a dangerous part? The section deemed the least safe compared to other sections.

Well, turns out Mexico has that too! The idea of Mexico being dangerous gets thrown around so often that it’s difficult for people to formulate their own opinion and just stick to what others say.

If you visit somewhere like Cozumel or Playa del Carmen, you won’t consider how dangerous the people are but may think that the cenotes are unsafe and might need precaution! 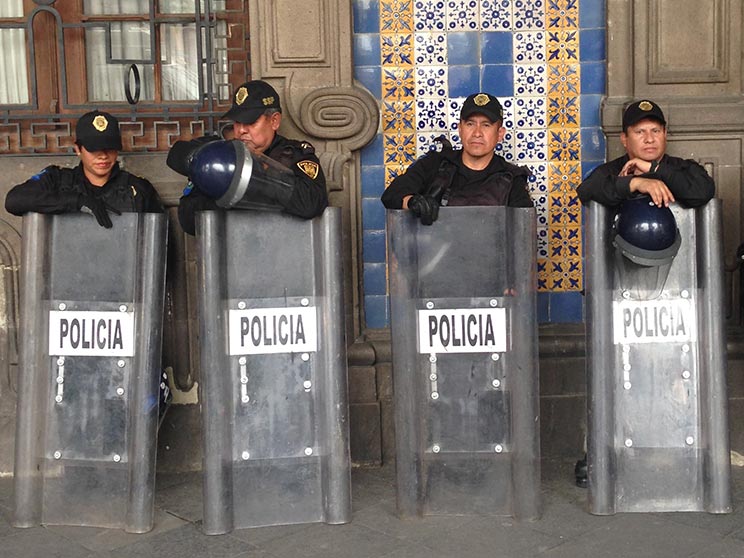 The danger is more likely to happen out of nature/Darwinist happenings than tourists being targeted by gangs or street crime.

If travelers who injured themselves said the place was dangerous, do you blame the place itself?

Care to read up about some of the safe places in Mexico to visit? This blog is full of travel advice for anyone planning a trip to Mexico.

Spanish is the official language

Although it is well-known that Spanish is the most widely recognized language across the whole country, it isn’t the whole truth.

There is no official legislation stating Spanish as the official language! Here are some of the widely spoken languages and how many speakers there are:

Of course, you can learn Spanish in Mexico too, and get by with very little Spanish, even but where would be the fun in that???

Mexico is in Central America

Mexico has never been part of Central America. Simple!

It’s part of North America along with the USA, Canada, and a plethora of Caribbean nations. Just look how close to Jamaica it is for example.

Central America is the tapering isthmus that sits between Colombia and Mexico. See this list of countries in Central America for a better idea of what to expect if you are interested in that specific region.

All Mexican Food is spicy

Mexican food has a reputation for being very spicy due to the Americanised cuisine celebrated across the world.

Mexican food has a wide range of spices and flavors, and while many spices are used for cooking, not all are spicy.

The subtlety of true Mexican cooking is what makes it so unique and beloved. Chilies are indigenous to Mexico and their use dates back hundreds and even thousands of years.

If you don’t know what Chicharron is then why don’t you give it a try? Or, at least read up about it put yourself in a position to become more interested in the Mexican food culture.

Public schools in Mexico have mandatory English lessons from 7th grade and up. For private schools, English tutoring begins as early as 1st grade.

It mostly depends on where and who you meet when you visit. You’ll most likely find English speakers in tourist-heavy areas such as the Yucatan Peninsula and Tijuana.

Otherwise, it’d be best to practice Spanish before setting off. Tourists may find their journey filled with English-speaking interactions.

However, some might struggle in the inner cities and desolate rural spots. This is one of the main reasons why learning foreign languages is indispensable.

Mexico is a desert

These are just uneducated statements that don’t take into account the many geological facets of the Mexican landscape.

Mexico looks different from place to place. In many cases, the unseasoned traveler may even suffer from a bout of culture shock after returning home from a visit to Mexico.

There is some truth to this claim, but it would be folly to assume that every single city in the country is polluted.

Mexico City, Guadalajara, and Ciudad Juarez are the most polluted, with Mexico City’s air quality being some of the worst in the world.

According to the World Health Organization (WHO), Mexico City’s air averages 179 mg per cubic meter of suspended particulates, well above the WHO 90 mg maximum recommendation.

That being said, there are spots on both coasts that have some of the best air quality in the world due to the flora and fauna.

Try comparing Puerto Vallarta and Cancun to get a better idea of which holiday destination would suit you best.

Mexican Food is Burritos and Fajitas

This is the biggest misconception of Mexico. Millions of people consider the Americanised version of Mexican food to be authentic.

This is completely false and you are invited to travel to Mexico and eat some of the best food in the world.

Did you know that there are four Mexican restaurants with Michelin stars in the world?

Day of the Dead is Mexican Halloween

The simple answer: They come from the same origin but they mean two completely different things.

For more about this misconception, read this super informative page on Halloween vs. Day of the Dead to get the lowdown.

Although there are similarities, they look and feel totally different.

We hope that a lot of misconceptions and stereotypes were debunked here.

The worst thing a person can do is assume what a country or culture is all about based on what they’ve read or heard.

The only way of truly knowing is by experiencing it in person. Book a trip today and experience what Mexico has to offer.

Also, whilst you’re here, see these facts about Mexico to learn even more about the ins-and-outs of Mexican culture. 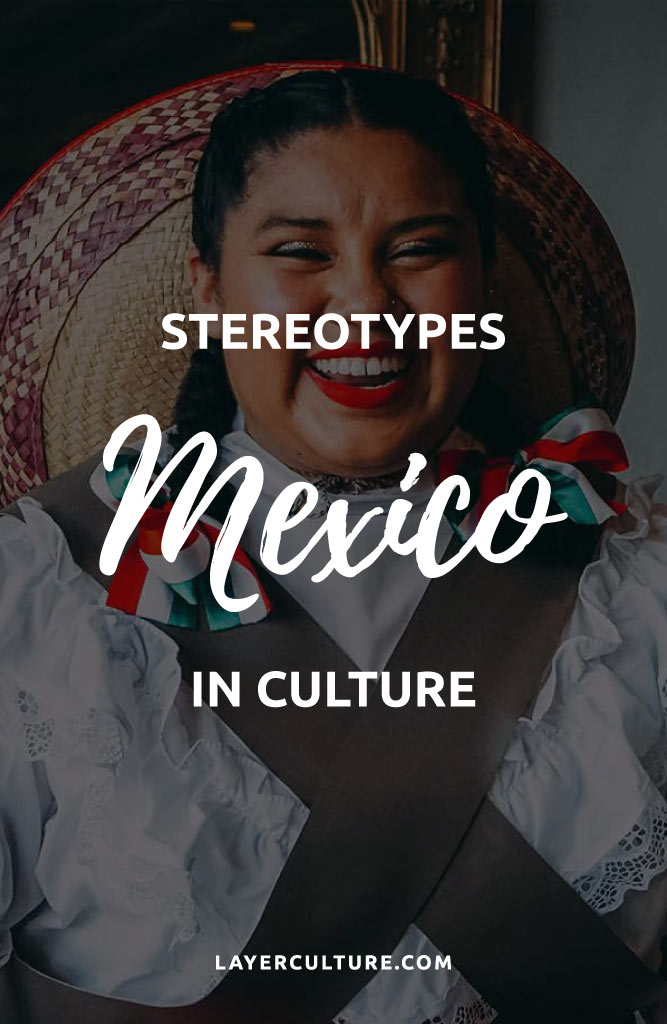 Did this help you understand more about Mexican stereotypes?