To become fluent, you must start with a basic Spanish conversation. 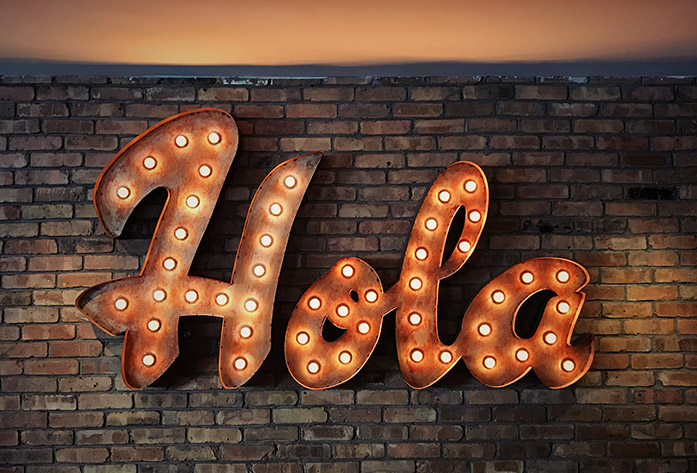 That’s what I’ve learned over the last couple of years. Use the quick answer below to find the phrases most relevant to you.

Did you know Spanish is spoken by over 500 million people globally?

When I first started learning Spanish back in 2014, I knew nothing other than the Spanish basics such as: hola, adios, por favor, gracias.

I’d read books but realized how poor my confidence was when I dived into a basic Spanish conversation with locals I met backpacking.

Let me show you how you can improve your Spanish by starting with some basic Spanish phrases.

Over the years, I’ve found that most great conversations usually begin with a question. If you are new to learning Spanish, don’t worry.

In this article, I’m going to cover some of the ways you can start with the most simple Spanish conversation ever.

For me, deciding to learn Spanish in Latin America planted seeds of interest of new and different cultures in my mind, not just the idea of saying thank you in Spanish.

Start a Conversation in Spanish Today

To start any conversation in any language, especially one that is not your own, you have to be interested.

You’ll find thousands of useful Spanish phrases out there, but if you’re not interested, you simply won’t use them.

I started with this book and two or three other exercise books.

These were mainly books filled with popular Spanish phrases, and I never used them properly.

Later, I’d come to the conclusion that I was more interested in talking about things I’d say every day in English, thus speaking and memorizing those words every day in Spanish.

I decided I would use some of these everyday things “I say” as the basis of a basic Spanish conversation.

Rather than searching for the most common Spanish phrases, I started to write down phrases that were common in my everyday conversation dialogue.

Instead of skimming thick exercise books and thinking to myself, how do I say “I don’t know in Spanish?” again; I add some of my own vocabularies into the mix. 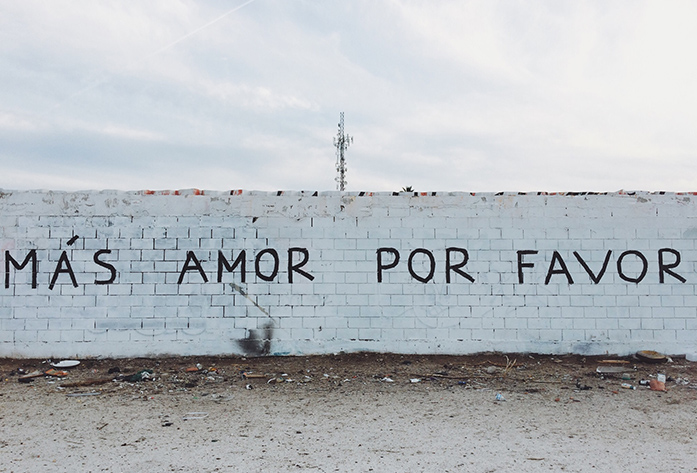 From there on, I started building my own book of phrases, which became the blueprint for my own conversational Spanish.

As I got into building my library, I realized there are other benefits to doing this.

These are just some of the benefits I’ve received by learning how to have a conversation in Spanish.

In the beginning, I would never have thought that learning Spanish would lead to any of those points.

But this is what happens when you start to ask more questions in Spanish.

Speaking with Natives and Locals

If you’re speaking with native speakers, which I highly recommend, be aware of where they come from.

Did you know I focus on Latin American Spanish?

Some regions call it, Castellano, which is completely different from the Spanish spoken in Spain. 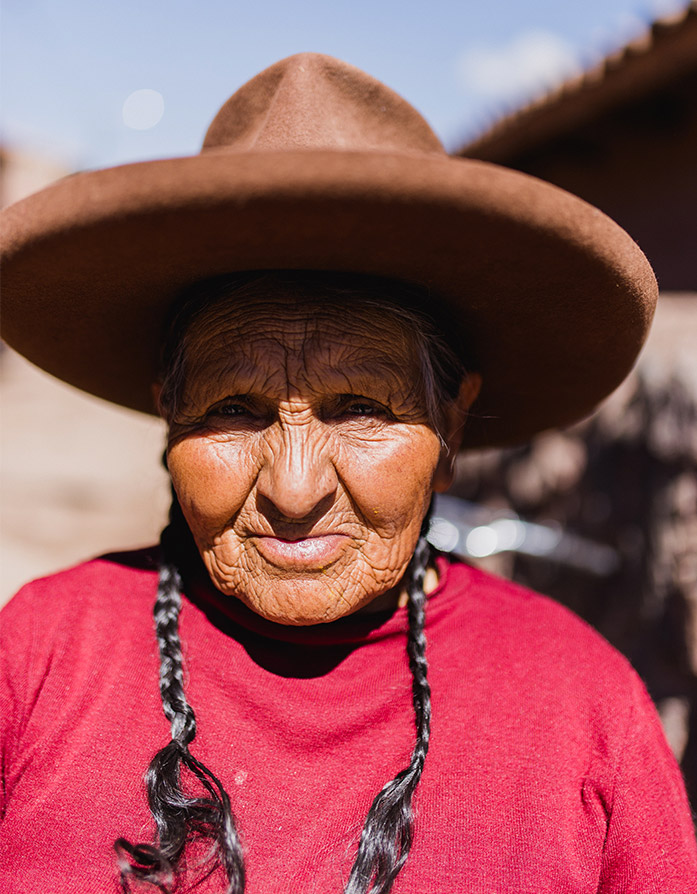 What I eventually did was to pick a region in which I liked the Spanish. It could be for practical or personal reasons, you can choose.

For example, I recommend you follow the Spanish from regions of Peru or Colombia if you’re a beginner.

If you’re just looking for some essential Spanish phrases for travel – then maybe you don’t need to consider the country you learn from.

For me, this was a need to know.

I then started to pick up some Colombian slang phrases.

But the reality is, you can pick up any Spanish you like. You can mix it – remix it and say any words you like.

The good news is, most basic Spanish phrases are the same. You’ll find slight discrepancies but don’t let those put you off.

This is the key to start learning conversational Spanish without fear. That way, it’s more likely you’ll pick up the rhythm as you learn simple Spanish mannerisms as you engage in dialogue.

The key thing to start with basic Spanish sentences, vocabulary, and phrases is to get talking.

There are tons of Spanish Conversation textbooks, online tools and amazing apps. I mention some of the ones I use in my growth report; however, they don’t help with real-time Spanish conversation per se.

Apps are all good and well but it’s investing in a decent travel journal that you can jot ideas that come to your mind.

What you’ll also find is that a lot of the Spanish dialogue in those resources can be very formal or even unnatural.

The last thing you want is turning up to Plaza Bolivar sounding like a walking textbook. 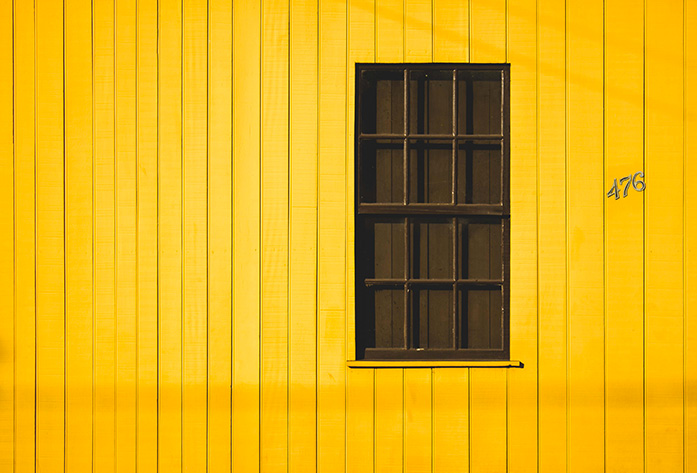 Let’s be real… It will turn you into a target for street urchins to harass you for whatever peso they can get.

Now, let’s take a look at some of the basic phrases you might use in a Spanish conversation for beginners to get you thinking.

Here are some basic Spanish Conversation starters that I have used to date.

In the beginning, I was procrastinating in Spanish by not starting a basic conversation as I thought it sounded corny, but after a lot of practice – I found it really works.

¿En qué trabajas? – What is your profession?

¿De dónde eres? – Where are you from?

¿Qué habriás hecho? – What would you have done?

Te avisaré – I will let you know

The most common Spanish phrases

Below are some very basic phrases in Spanish you can easily use.

You’ll find that many of them are very universal, so try not to hold yourself back by not asking them.

I’ve found watching Spanish movies is also great for picking these type of phrases up. You can use the subtitles as a learning aid too.

Believe it or not, these are the types of basic Spanish conversation phrases that get used in everyday life. 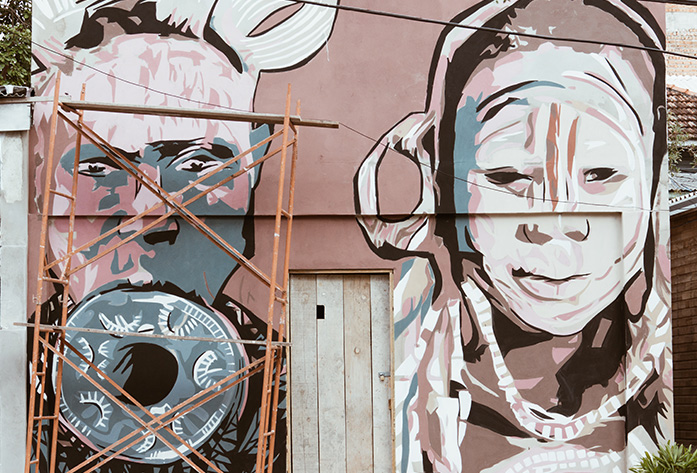 It will be very likely that you’ll use these or be asked one of these questions at some point in Spanish conversation practice.

¿Has estado en México? – Have you been to Mexico?

No hay problema – No problem!

Common Spanish phrases I have used

Here are some basic conversational Spanish phrases that I have used to date.

Me siento un poco cansado – I feel a little tired

Fui a cenar – I went for dinner

Te enviaré una foto – I will send you a photo

Me levanté muy temprano – I woke up very early

Me voy a bañar – I’m going to get a shower

The above Spanish are some of the most common I have used in any one day speaking in English that I have managed to implement into my Spanish conversations in realtime.

Below are some Spanish Conversation tips, including books to read to help you get your grammar up to speed and confidently engage in conversation.

Books to Read on Spanish Conversation

If you want to develop your vocabulary, these books may help you:

Great if you wish to become a much better speaker in Spanish.

5 ways to become fluent in Spanish

Never underestimate the power of common phrases in Spanish.

I have found a little can go a long way. 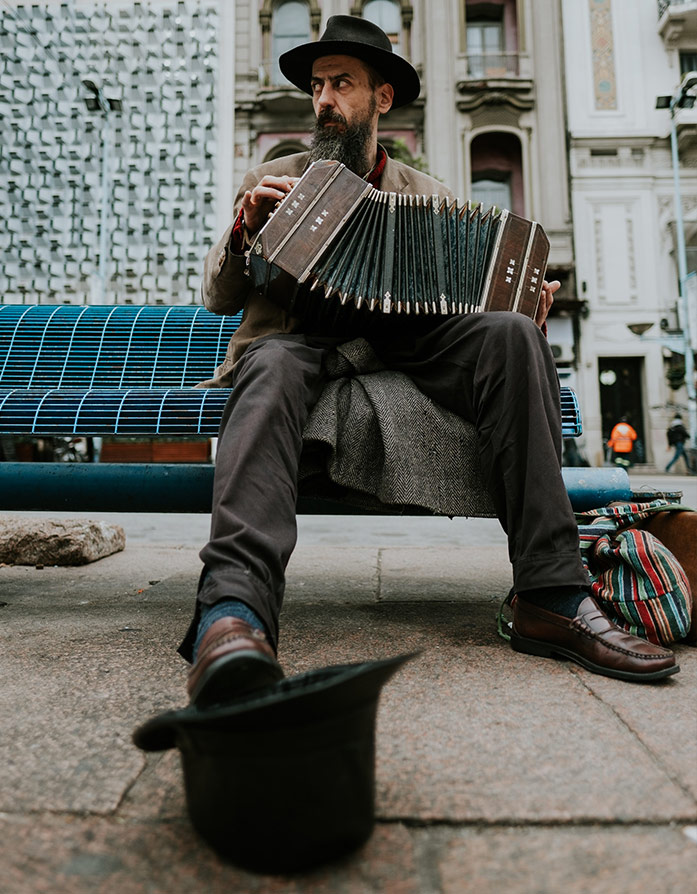 There are times when I’ve thought about saying something more complex; I was missing that one simple common Spanish phrase that I learned at the beginning.

Here are five ways to become fluent in Spanish:

You can replicate these methods easily, but the critical factor to keep you improving is consistency. Being consistent, you can achieve fluency with any one of the above methods.

In my article, the best way to learn Spanish from home, I wrote three traits that you’ll need to succeed and become fluent in Spanish:

Without these three things, you’ll find it almost impossible to achieve fluency. If you lack consistency, you are likely to forget what you have learned as it will still be in your short-term memory. 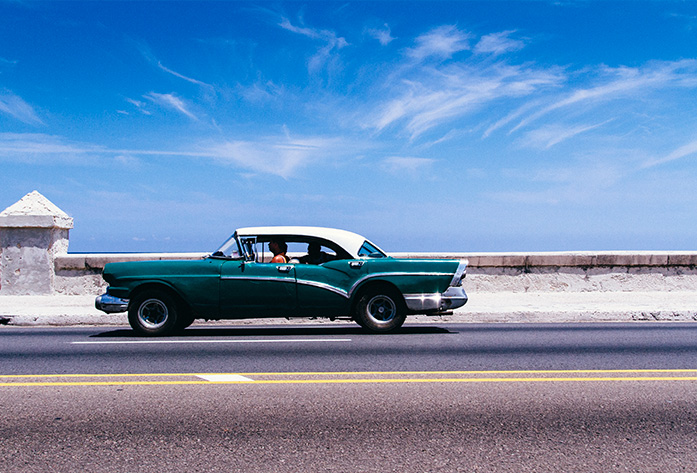 The idea with these techniques is to always collect new words and phrases.

Try to avoid some of the Spanish curse words you may have heard in movies.

Think about the words you use daily in English, which you don’t know in Spanish. These are words you can re-use in Spanish conversation.

If you’re not already, I invite you to consider the possibility of learning Spanish as a second or third language.

Having a native teacher to track my progress, which has definitely helped me to retain the new vocabulary I learn by helping me to become fluent in Spanish.

I’ve used platforms such as Verbling for learning Spanish, especially when I’m not in Latin America.

If you already speak a little Spanish, then this is the perfect opportunity to practice. I’m currently doing between 2-3 hours per week using Verbling.

How to get your free Spanish Lessons

Whether you’re serious about learning Spanish or just trying out the platform for fun, this is a great opportunity.

When I was Backpacking South America and didn’t have much money, I found a way to get free online Spanish lessons by taking trials with different teachers.

My intention wasn’t to get free lessons but to screen different teachers using the Verbling platform.

How I learn fluent Spanish free

My plan was that once I’d found a teacher that I felt was the right match for me, I’d then go on to paying for lessons, which is how I found my current teacher.

But what I realized was that some of the teachers were offering free trial lessons to newcomers. I’d managed to go a few weeks getting free lessons to be able to talk to different teachers in the process.

If you are low on money or skeptical about using Verbling, then this is a great way to try it without investing any real cash.

I hope you learned something from this article and can feel confident in engaging in a basic Spanish conversation with the tips I have mentioned. 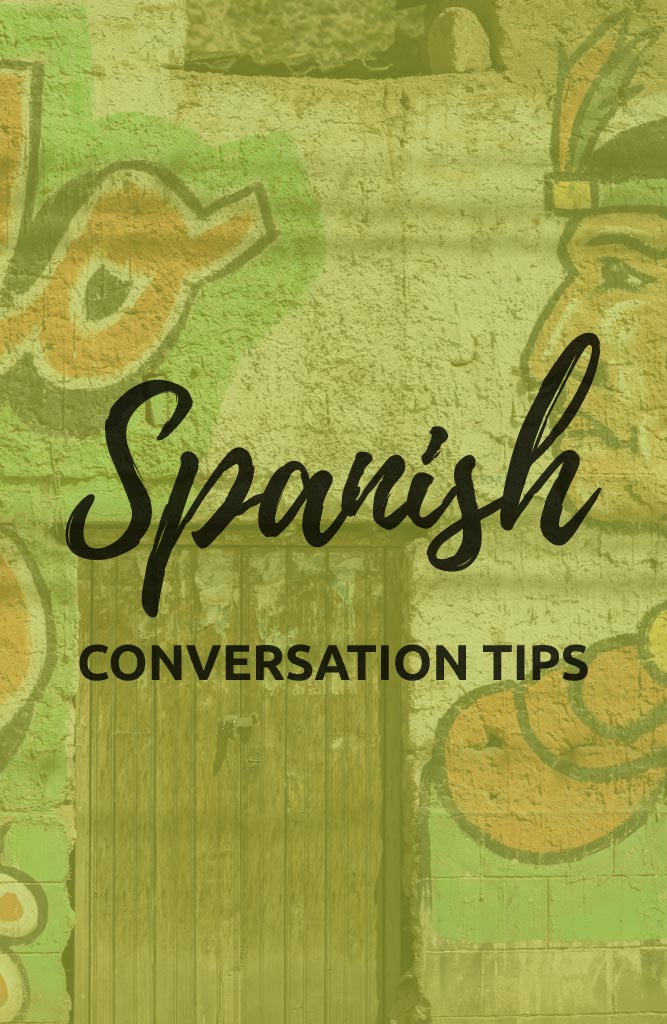 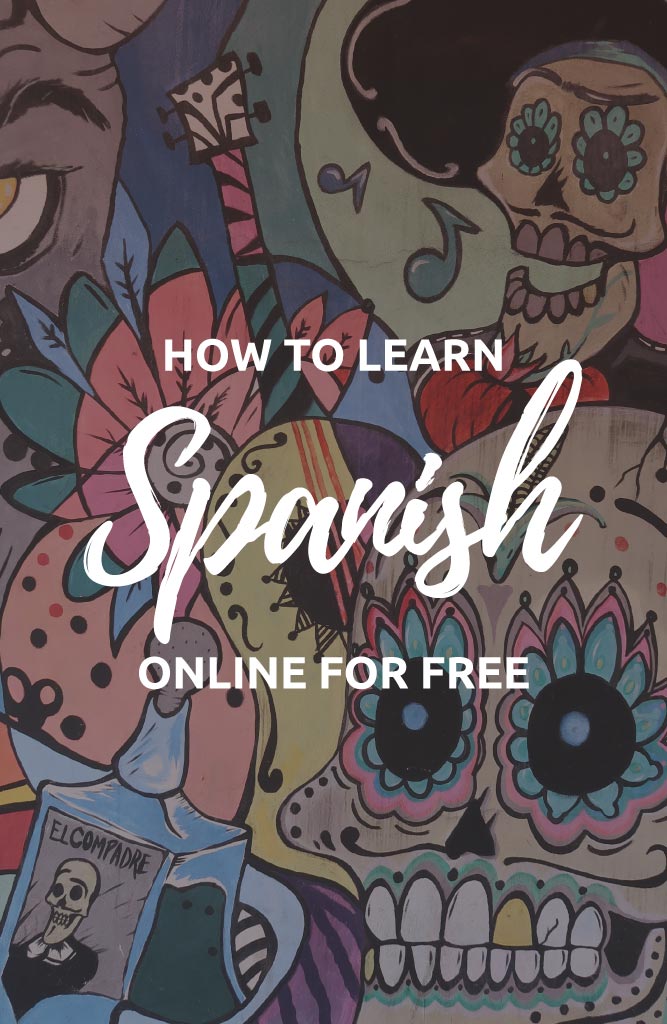 Know someone who’s trying to become fluent in Spanish?

After spending thousands of hours on the road he's offering to help you find your feet in Latin America, learn Spanish and get you started on your new adventure. Learn how to travel longer and stronger!
Yes, please help me!