You are here: Home / Backpacking Guides / Is Mexico City Safe?

Mexico City is one of the most populated cities in the whole country and is famous for its colonial-style architecture, iconic art scene, aromatic cuisine, and rich cultural heritage.

It’s right smack bang in the middle of Mexico, so many who travel through Mexico from north to south or vice versa will make the stop.

Yes, but the thing is, many visitors who travel to places in Mexico always need to see how safe the area they’re looking at truly is.

It would be wise to do this, and you may consider the idea that Mexico’s cartels may most likely interact with the capital city.

However, this is largely untrue and you can never trust the news reports to reflect reality all the time.

With that in mind, below are some facts to help you trust in Mexico City. See this Mexico City travel blog for tips on what to expect.

Is it Safe to Travel to Mexico City?

Thousands of tourists travel to this part of Mexico every year and it’s not difficult to see why.

Mexico City has some amazing architecture and history.

The Palacio de Bellas Artes is a performance venue with incredible murals that all visitors should seek.

When planning out your Mexico City itinerary remember to add the Museo Frida Kahlo as it is housed in the actual house she lived in!

Because Mexico City is so large, many don’t know what to think when it comes to crime.

However, most of the crime within this region is a lot lower than you think. 99% of the time this doesn’t involve visitors or tourists, but sometimes it can happen.

Before you scrub Mexico city off your list of safe places to visit in Mexico let’s consider some important facts about Mexico City.

Is Mexico City Safe for Tourists?

Mexico City isn’t the safest location to travel to, but there are definitely some safe spots for people to visit.

The region is reliant on tourism for the local economy, so historic cities such as this, and others such as Leon and Guanajuato, hope to see visitors flocking after the 2020 virus situation has been resolved.

You’ll need to extensively plan out your trip beforehand and do research based on where tourists are advised to travel to.

You can learn exactly where to stay in Mexico City before arriving and choose one of the neighborhoods that you feel suits you the best.

The best plan of action would be to take premium costing coaches to chosen locations and moving on to somewhere else.

The frustrating part about traveling to Mexico is now the only thing to worry about is Cartel violence, but you need to keep on your guard for petty crime too.

If you wish to visit Mexico City, safe spots include Centro, Roma, and Condesa districts. These are popular places that many new visitors love and enjoy.

On the other hand, you should aim to avoid the more dangerous areas of Tepito, La Lagunilla, Doctores, and Mercado Merced.

My list of things to do in Mexico City offers more ideas on what to do.

The best time of year to visit Mexico City is between the months of March and May, although streets are pretty crowded this time of year.

Your trade-off is beautiful weather, especially considering the city’s winters can be chilly and the summers can be wet.

This is stark comparison to places such as the Riviera Maya by all means. You’ll also want to prepare yourself for the high elevation.

Mexico City sits about 7,382 feet above sea level. To help against the effects of high elevation, drinking plenty of water, applying sunscreen, and taking it easy your first few days.

Alcohol also worsens the effects, so leave the tequila for a later date.

Another thing to keep in mind: Mexico City’s air pollution is bad, so on days when the pollution is the worst you’ll likely want to travel with your mask, which you should carry with you at all times anyway.

The Mexico City region has seen a major spike in violence recently due to the Cartels fighting over land disputes.

If you are backpacking Mexico you may decide to still visit the region, in which case you may need to take some special precautions that vary from the typical ones.

The Metro is a mostly underground system of trains made up of 12 color-coded lines covering over 120 miles of track.

The network map is relatively simple and the stations are well-signposted.

All fares cost 5 pesos, or around 25 cents, and are cash only.

You can buy a paper ticket at the ticket booth inside the station or a smart card (tarjeta) for 10 pesos.

The card can be recharged with up to 120 pesos at a time and can be used for multiple people traveling together.

Then, you will need to tap the card or feed your ticket into the barrier to enter. You do not need to tap again to exit.

With bus travel in Mexico you’ll need to familiarize yourself with the main bus stations in Mexico City for travel by land around the country.

Mexico City and the surrounding cities such as Guanajuato are great spots to visit as a tourist.

It’s so saddening to see the news reports of so much gang warfare during the Coronavirus crisis.

Hopefully, with time the region can return to the place of safety that it was just a couple of years ago.

We would advise that you wait before visiting this region, but it is mostly safe in the right areas if you know where you’re traveling to.

Remember to pack a mask, some sanitizer, and some basic Spanish words if you can! 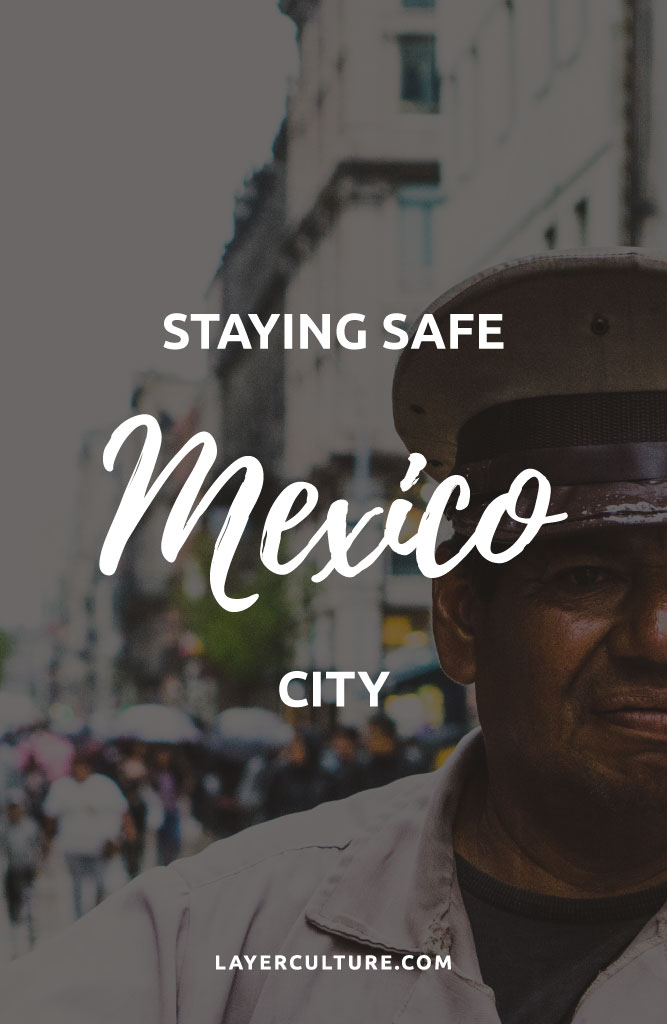 Are you still concerned about your safety in Mexico City?

This website uses cookies to improve your experience while you navigate through the website. Out of these, the cookies that are categorized as necessary are stored on your browser as they are essential for the working of basic functionalities of the website. We also use third-party cookies that help us analyze and understand how you use this website. These cookies will be stored in your browser only with your consent. You also have the option to opt-out of these cookies. But opting out of some of these cookies may affect your browsing experience.
Necessary Always Enabled
Necessary cookies are absolutely essential for the website to function properly. This category only includes cookies that ensures basic functionalities and security features of the website. These cookies do not store any personal information.
Non-necessary
Any cookies that may not be particularly necessary for the website to function and is used specifically to collect user personal data via analytics, ads, other embedded contents are termed as non-necessary cookies. It is mandatory to procure user consent prior to running these cookies on your website.
SAVE & ACCEPT
10 shares