You are here: Home / Latin Culture / What is Mate in Argentina?

What is Mate in Argentina and how is it made?

Have you ever wondered what the strange-looking drink that Lionel Messi swears by actually is?

Many sports stars in Argentina and locals alike love this herbal tea.

After traveling here, it turns out, there are many people in Europe and North America who have never heard of Mate (pronounced Mah-Tey).

What is Mate in Argentina?

Not only that, though, this article will even give you instructions on how to make some for yourself at home!

Just so that you know, there are multiple names such as Yerba Mate and Cimarron, but we’ll be sticking with just “Mate”.

What is the ritual of drinking mate?

A custom that dates back centuries along with the origins of indigenous South American peoples.

The basis of the ritual is for a group to enjoy this tasty drink.

Believe it or not, though, there are a lot of unwritten rules that are considered rude to break. After all, this is a cultural ceremony.

If you want to give it a try you can order your Mate here and enjoy this stimulating drink in the comfort of your own home.

Why do Argentines drink mate?

The Mate leaves contain caffeine and other natural stimulants, so you could say that it acts as a ceremonial coffee in South America.

It is said to increase concentration, boost energy, and even help with weight control.

Did you ever notice how some Argentineans are quite skinny considering how much red meat and ice cream they eat?

Drinking Mate seems to be the answer to their lack of weight gain!

Argentineans and other South Americans including (Uruguayans and Paraguayans) can potentially drink mate all day long.

Not only will you see Mate been drunk in Argentine movies and TV shows, but it can also be seen at family gatherings, afternoon tea-style hangouts, and friendly get-togethers.

Mate drinking may be subtle or overtly expressed, but the gatherings all revolve around the passing of mate.

Couples take mate to the park for a romantic date (maybe as an aphrodisiac). You may even see a group of Argentineans sitting on the beach with thermoses of hot water, passing around a Gourd.

Come to think of it, where are the health benefits of coffee and breakfast tea?

Yet you still drink it? Pfft, you may even drink red bull as a stimulant.

As much as I love coffee and after spending a month exploring Colombia’s Coffee region I usually try to limit my caffeine intake.

Whereas with Mate, it’s like the perfect blend of useful and helpful, so it’s easy to see why it’s such a hit.

When is it Common to drink mate?

Mate not only tastes great, but it’s also a social beverage that is best enjoyed with the company of others.

If you take part in a ritual, there’s just one gourd and one person who pours. Although it is always viewed as a social drink for the benefit of a traditional ritual, it has been used in other settings outside of this.

You will often see Argentinian football stars such as Sergio Aguero or Lionel Messi pictured with a gourd of Mate on a plane or at home.

This is due to the newfound trend of using Mate as a supplement rather than a ritual.

In fact, since Argentina is famous for its football players from South America who live in Europe, they even influence non-Argentinians such as England star Dele Alli to include Mate into their routine.

How To make Mate?

Here are the key steps to making Mate, which is available on Amazon if you find yourself outside of South America.

It is worth noting that Mate can be much cheaper than many Asian teas and with even more health benefits:

For many newcomers, the process may seem overly technical, or longwinded. However, you follow the steps until it becomes second nature because you don’t want to get it wrong!

The more water you use in the ritual, the more distinct the flavor of the Mate. Pick up an authentic Gourd and prepare Mate at home.

As a caffeine-rich drink, it is a stimulant. Quite similar to tea or coffee, it is believed to increase focus and improve mood, while also helping to promote better sleep.

This is interesting since many would consider caffeine and stimulant-heavy drink such as coffee to be a hindrance to sleep.

With Mate, however, it’s a different story.

Due to the polyphenol antioxidants contained in the drink, it is also understood to be a useful dietary addition for those who wish to lose weight – similar to green tea.

The drink also contains vitamins B and C, which are important for metabolism and the immune system.

Many newcomers to the drinking of Mate have found it beneficial during the COVID-19 pandemic.

What is Mate in Argentina?

Hopefully, this helpful guide has convinced you as to why Mate is such a great alternative to coffee or breakfast tea.

There are so many benefits to it, and you can’t help but wonder whether you’ll be as skillful as Messi once you’ve taken part in a ritual.

Although it can be made from home, booking a trip to Argentina and learning the culture of Mate first hand is the best way to try it.

See this practical guide on Planning a trip to Argentina for more ideas on what to do and where to go when you arrive here! 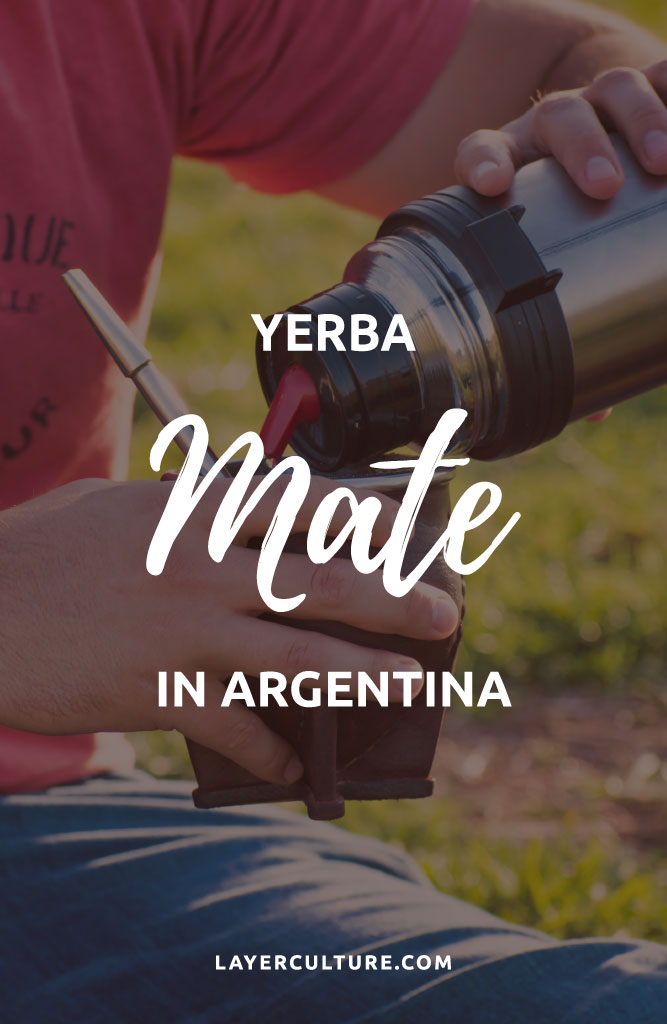 Did you learn anything about Mate in Argentina from this article?

This website uses cookies to improve your experience while you navigate through the website. Out of these, the cookies that are categorized as necessary are stored on your browser as they are essential for the working of basic functionalities of the website. We also use third-party cookies that help us analyze and understand how you use this website. These cookies will be stored in your browser only with your consent. You also have the option to opt-out of these cookies. But opting out of some of these cookies may affect your browsing experience.
Necessary Always Enabled
Necessary cookies are absolutely essential for the website to function properly. This category only includes cookies that ensures basic functionalities and security features of the website. These cookies do not store any personal information.
Non-necessary
Any cookies that may not be particularly necessary for the website to function and is used specifically to collect user personal data via analytics, ads, other embedded contents are termed as non-necessary cookies. It is mandatory to procure user consent prior to running these cookies on your website.
SAVE & ACCEPT
6 shares