What does Quiubo mean when it comes to learning Spanish?

If you are studying Colombian Spanish, you likely have a good idea of just how popular slang is in and around the Americas.

That’s why students need to become familiar with it. Of course, there are many slang words, but you can start with the most popular ones.

On my Spanish learning journey, I decided to study Colombian Spanish and more specifically Spanish from the Antioquia region.

I started this series, to share some Paisa slang words so I can sound more like a native when speaking with people in an informal setting.

Today’s word from my trusty Colombian Spanish vault is “quiubo”.

Origins of the Word Quiubo

I couldn’t pinpoint the exact origin of the word “quiubo” so I can’t say when this started to be used in Colombian Spanish.

What I do know, though, is that it’s a contraction of “qué hubo”.

Originally, Colombians greeted each other by saying “¿Qué hubo?”, which roughly translates to “How are you doing?” or “How are you?”.

In time, this was combined into a single word because it’s faster to say, and that’s how “quiubo” came to be.

That means that “quiubo” is an informal greeting in Colombian Spanish and it’s used to say “hi” in Colombia.

The word is so popular that there’s even a newspaper in Colombia called “Q’hubo”.

There are variations, such as “quiúbole” and it can also be written in different ways such as “quihubo”, but the meaning is the same.

As mentioned above, “quiubo” is a greeting.

It’s an informal way to say hi and it’s usually paired with expressions such as “parce”, which means “dude”, and I’ve written about the meaning of parcero it if you want to learn more about that word.

It can be used in different ways, but the meaning is the same.

Below are a few examples to “quiubo” so you can learn to use it naturally when you are practicing your Colombian Spanish.

As a quick greeting

Colloquial usage: This is a fresh way to say hi or greet someone when you already know them and there’s trust between you. You’ll hear this very often among friends and family, so it’s very popular.

A greeting with a question

Colloquial usage: As you can see, “quiubo” can be combined with “pues” or “parce” when you’re addressing a friend. The expression “¿Quiubo, pues?” is as Colombian as it gets and you’ll hear it a lot.

To ask a Question

Meaning in English: “What’s up dude, did you have dinner yet?”

Colloquial usage:“Quiubo” can be combined with many different questions to get information right away.

To start a conversation

Colloquial usage:This is another example of how “quiubo” can be combined with questions to start a conversation.

“Quiubo” is a Colombian Spanish slang word you can use freely!

It only means one thing, really, and it’s the best way to greet people you know and effectively strike up a new conversation.

When studying Latin American Spanish this article should give you food for thought when it comes to learning Colombian slang words. 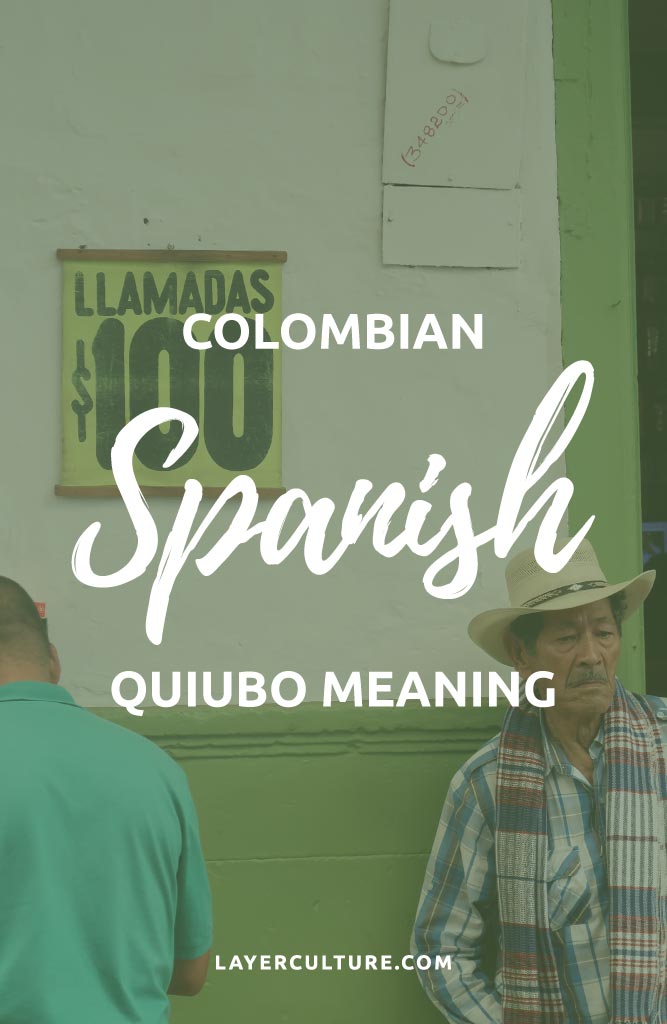 Did this help you learning the meaning of the word quiubo?