What does Pinche mean when it comes to Mexican Spanish?

As you probably will already know, Latin American Spanish is full of colorful slang words and terms that people use every day.

In this series of articles, together we explore some of the most popular ones so you can use them and sound more like a native.

Today’s word is “pinche” and we’ll explore its meaning and usage. It’s common in Mexico, but also used in Chile, Argentina, Peru, and Spain!

What Does Pinche Mean?

If like me, you are learning Spanish you may have heard this word, and to avoid being out of the loop let’s go deeper into its meaning.

Origin of the Word Pinche

As it’s often the case with slang words in Latin America, it is difficult to say (exactly) what the origin of the word “pinche” is.

What we do know is that it comes from the verb “pinchar”, which is “puncture” in English. So, it can be used in that context.

However, when it’s used as a Mexican slang word or phrase, the term has very little to do with piercing things.

The word “pinche” can mean many different things depending on the country you’re in. So, we will explore the different meanings below.

“Pinche” is a word that can be used in many different ways and its meaning will vary depending on the country you’re in.

For example, in Spain, it means kitchen boy, someone who works as a busser or dishwasher.

They work for the chef and do many different things to make their job easier. In Mexico, where the word is most popular, it’s an all-purpose enhancer for insults.

It would be equivalent to “goddam” or “fucking”, as in, “The water is fucking freezing.”

In Peru, a “pinche” is the slang term for private (soldier). In Argentina, “pinche” is an artifact that consists of a long nail or wire glued on a base where papers are stuck. In Chile, “pinche” means “suitor.”

Now that you know what “pinche” means, let’s look at a few examples.

These examples will focus mostly on the Mexican interpretation of the word because that’s the most popular use of the word.

As you can see, it’s not a polite term by any means and it’s often used to emphasize someone’s annoyance or anger about something.

English translation: “The kitchen boy was late, that’s why we’re behind on the menu.”

As mentioned earlier, “pinche” means kitchen boy in Spain, so it’s important to practice it as well.

“Pinche” can be used as an adjective to describe something or someone that’s not good, lousy, worthless.

As you can see, the word “pinche” is an interesting slang word and it can be used in many different ways.

Do keep in mind that it’s not a very polite word, so it’s best to use it among friends in informal settings!

If you are currently planning a trip to Mexico this article should give you some food for thought when practicing Mexican Spanish. 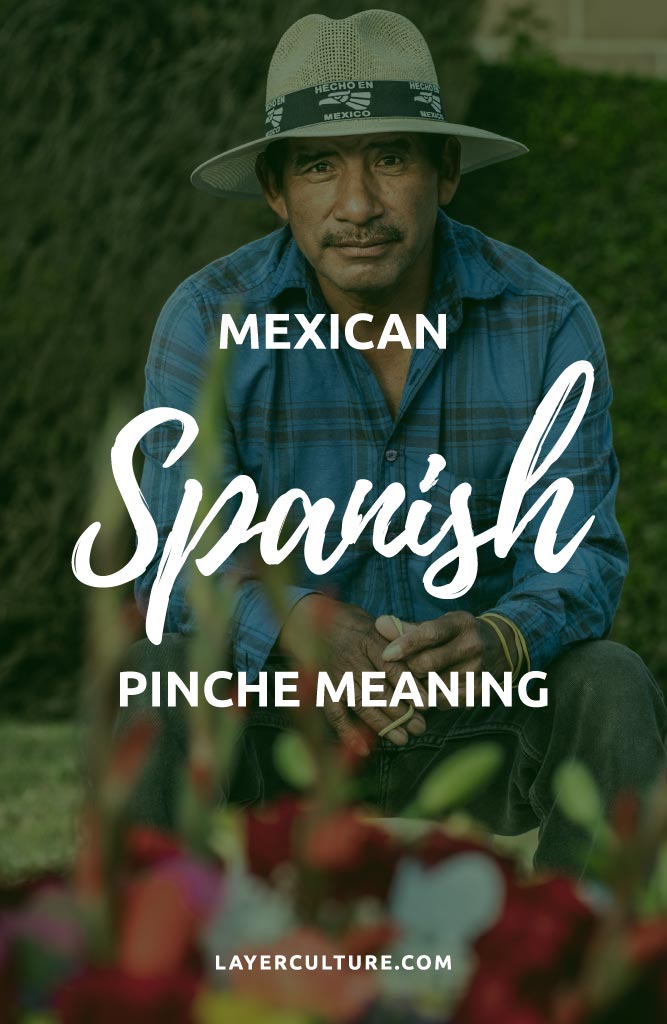 Did this help you learn the meaning of the Mexican word pinche?