What does nea mean when it comes to learning Spanish?

If you don’t want to be out of the loop, then you must have an understanding of what slang means so you can understand the streets.

Today, I will teach you all about the word “nea”, a pretty common term in Colombia that gets spoken amongst friends quite frequently!

What Does NEA Mean?

Origins of the Word “Nea”

Nea is short for “gonorrea”, a slang term that’s mostly used by paisas, people from the northwest region of Colombia.

The literal translation is gonorrhea (a sexually transmitted disease), but Colombians use it as an insult but it’s also common among friends.

It’s not easy to trace back the origin of nea, but we do know that it has narco origins but it was greatly adopted by teenagers.

Because “gonorrea” is such a strong word, teenagers found a clever way to use it without alerting parents or teachers.

However, parents also use the word “nea” in the same way we use “fudge” instead of… Well, you know.

It’s a way to clean up bad words in front of children, and that’s how nea came to be so integrated with slang vocabulary and informal language.

As mentioned above, “nea” is shorthand for “gonorrea”.

I heard it in Medellin and the literal translation is gonorrhea, which is an STD. However, that’s not what it means for Colombians.

We have already established the word “gonorrea” is an insult, but “nea” takes a different meaning depending on the context.

On one hand, it’s used to refer to people who don’t speak properly and people who are low class, so to speak.

The closest translation we have in English is “ghetto”, as in “Listen to her, she’s so ghetto.” Another possible translation is “ratchet”.

However, it’s important to note that “nea” is mostly used to refer to people. “Nea” is also used among friends to say hi, the same way we would say “dude”, “bro” or “pal” in English. It can also mean thief.

Here are a few examples:

Meaning in English: That guy is ghetto.

Colloquial usage: In this context, nea is used to describe someone who is low class or from the hood. This may be evident from the way they speak or dress, and it mostly refers to people who live in specific neighborhoods.

Meaning in English: Yo, what’s up, bro!

Colloquial usage: In this example, we see nea used as a way to greet friends, especially close friends. It’s mostly used among younger people and it can be compared to “bro”, “dude”, “bud”, etc.

Meaning in English: That guy is a thief.

As is often the case with slang words, nea can mean many different things depending on the context.

I hope these examples helped so you won’t be lost if you hear it! 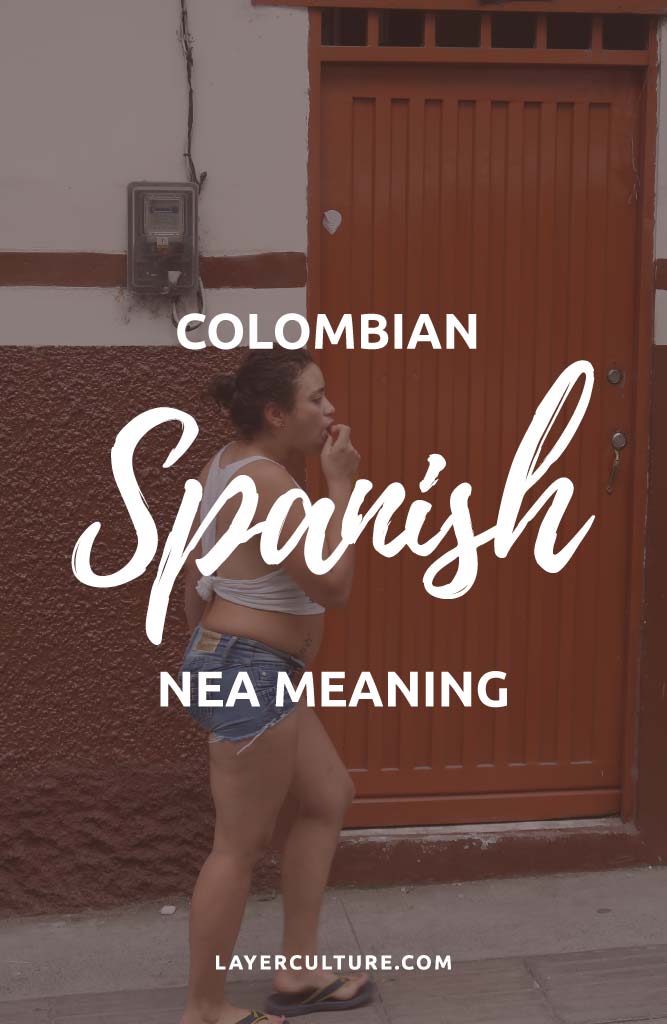 Did this help you learning the meaning of the word NEA?