What does Chimba mean when it comes to learning Spanish?

Slang words are colorful and fun to use when they are not offensive, not to mention they are a very important part of every language.

If you’re learning Colombian Spanish, you simply can’t escape slang because people use it so often in everyday conversations.

What Does Chimba Mean?

This is why I decided to start this series looking closer at Colombian Spanish and today we will be looking into the word “chimba.”

It’s always difficult to pinpoint the origin of slang words, but according to my respected resource, the DRAE, this word is of Quechua origin.

Origins of the Word Chimba

In the Quechua language, it refers to an artisanal firearm but also a kind of sweet made with eggs, almonds, and syrup.

The word is said to have been displaced towards the north (Colombia) and the south (Chile), where the meaning was modified little by little.

It can refer to the female reproductive organ in quite a vulgar way!

However… it also refers to a beautiful woman and to something that’s either really good or really bad, depending on the context.

It’s worth noting that “chimbo” also refers to the male reproductive organ and it has other meanings, but today the focus is on “chimba”.

In Colombia I have found that the word chimba is most commonly used to refer to something really good or really bad!

Also, in many cases, the word Chimba in places like Medellin is used to refer to women who are considered pretty, beautiful, or sexy.

However, there are other meanings are depending on the context, so let’s explore them through examples!

To Refer to Something Good

Meaning in English: “The party was great last night! I had a good time.”

Colloquial usage: “Chimba” can be easily used to describe anything you think it’s great. Whether that’s food, women, parties, movies, etc. This is the most popular use of the word.

To Refer to Something Lousy

Meaning in English: “Bro, what a lousy book you recommended.”

Colloquial usage: The second most popular use of the word “chimba” is to describe something lousy or no good.

Meaning in English: “I don’t give an f…”

Colloquial usage: When you use “chimba” with the “ni” conjunction, it can mean something similar to “no way”, so it’s kind of dismissive.

To Refer to a Stroke of Luck

Meaning in English: “ “I got home by the skin of my teeth”

Colloquial usage: In this context, “chimba” refers to a stroke of luck and you can use it to speak about any situation where you accomplish something by luck or where you were lucky to achieve something or avoid danger.

As you can see, “chimba” is quite a versatile slang word in Colombian Spanish and you will be able to use it in many different ways to sound more like a local and have a little fun.

If studying Latin American Spanish this article should give you some food for thought when it comes to learning Colombian slang words. 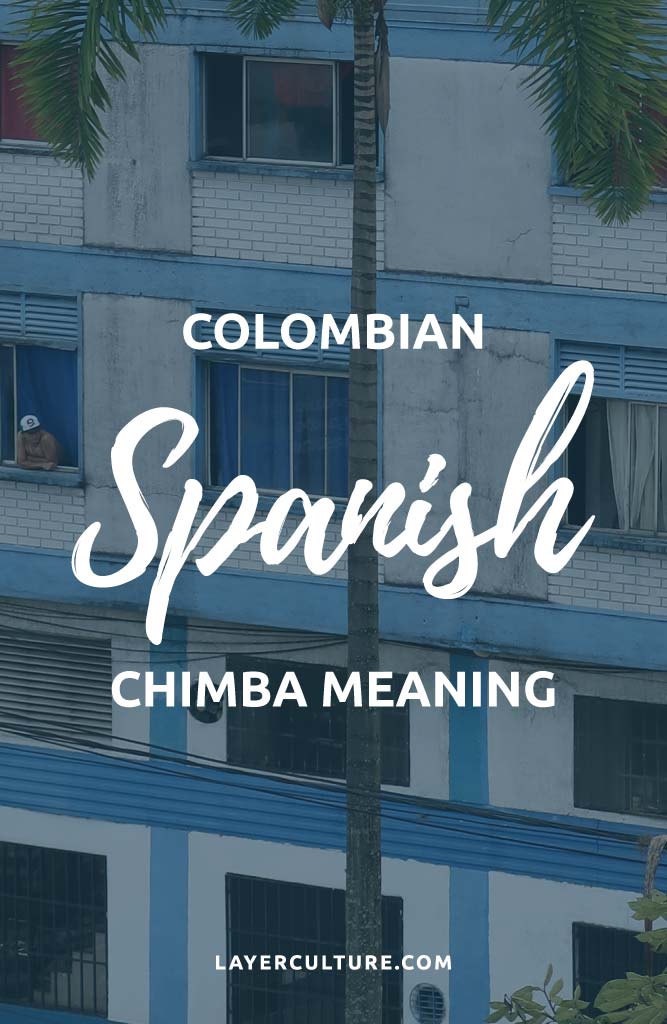 Did this help you learning the meaning of the word Chimba?