You are here: Home / Learn Spanish / What Does Chido Mean?

What does Chido mean when it comes to learning Mexican Spanish?

In this article, I continue my Mexican slang series where I explain popular Mexican Spanish words I’ve heard used by natives.

Learning slang words can assist you greatly and can even help you sound more confident when speaking in Spanish with natives.

I’ve found that slang is important, especially when it comes to avoiding those embarrassing situations we find ourselves in as beginners.

What Does Chido Mean?

If you’ve ever been to Mexico or heard a Mexican person speak, you know how prominent the word “chido” is in their vocabulary.

Today, we will learn what it means and how to use it!

Chido is a popular slang word and I can almost you that it will help you sound more like a native if you’re learning Mexican Spanish.

Origins of the Word “Chido”

However, there are a few theories.

One theory states that “chido” comes from the juvenile caló of the 70s.

A caló is an argot of Mexican Spanish and it’s also known as Pachuco because it’s a product of that culture.

A different theory claims that “chido” comes from the gypsy word “chiro”, which means resplendent.

Another theory is that “chido” is a modification of “chiras pelas”, an expression used to claim victory in a Mexican marble game.

However, neither of these theories is confirmed.

“Chido” is an adjective used to refer to someone or something good, pretty, nice, or good quality.

According to the Dictionary of the Royal Spanish Academy, it’s a Mexican adjective to refer to something good or pleasant.

Mexicans use it in this sense, but it also has other meanings.

To Describe a Person, Object, or Situation

English translation: “That guy is so nice!”

When “chido” describes a person, object, or situation, it means that they are nice, cool, or good. It works as an adjective, so it’s accompanied by a verb.

As you can see, the word “chido” can be used to show agreement in all kinds of scenarios.

English translation: “If you need help with the homework, I can help you.” – “Thanks. I’ll let you know if I need you.”

“Chido” is a very easy way to say thanks to someone in informal scenarios. The meaning of the word, in this case, is defined by context.

English translation: “I asked you to lend me your jacket and you ignored me. Fine. I’ll never ask you for a favor again.”

“Chido” is a versatile word, so it can also be used to express displeasure. Of course, it will depend on context.

What Does Chido Mean

The word “chido” is very popular in Mexico and it’s very versatile.

Depending on the context and delivery, it can mean different things.

Practice with the examples provided today and I can assure you that you’ll feel comfortable using “chido” very quickly!

Are you currently planning a trip to Mexico or going in the future? Get ideas on what to look out for when understanding Mexican Spanish. 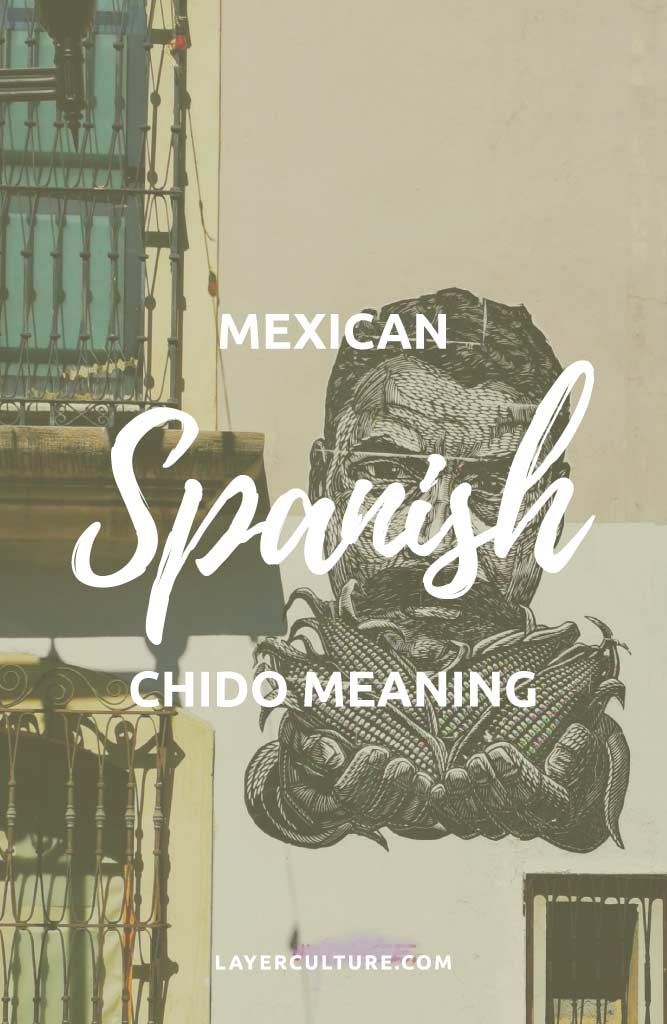 Did this help you learn the meaning of the Mexican word Chido?