When understanding Jamaican patios, what does bombaclaat mean?

So, you know that Bombaclaat is one of those words that suddenly entered the mainstream, but do you know what it actually means?

Well, that’s what we’ll discuss today! I have put my Spanish studies aside to be able to dissect some Jamaica patiois.

You’re likely familiar with bombaclaat memes, but this is a Jamaican slang word that’s very prevalent in the culture.

Let’s see where it comes from and what it means.

Origins of the Word “Bombaclaat”

Also spelled “bumboclaat” or “bumbaclot”, this word is an expletive that expresses disdain, anger, frustration, or surprise.

It’s two words put together and it literally translates to “bum” cloth or “blood” cloth.

Jamaicans use it a lot, very similar to the way “fuck” is used in English.

The slang word was introduced by members of the Rastafarian religion.

It’s important to note that the word bombaclaat was used to refer to menstrual pads and Rastafarians considered that sleeping with a woman while she’s menstruating was a sin.

In other words, it was taboo and this taboo became a part of Jamaican pop culture. As a result, the word “bombaclaat” became a curse word.

Over time that is anyway.

It can be used as a verb, noun, modifier, and exclamation, depending on what you want to express. It’s a vulgar slang word, so it’s only appropriate in informal scenarios.

Bumboclaat is the Jamaican equivalent of insults such as “motherfucker”, “douchebag”, and “asswhipe”.

It can also be considered the equivalent of “fuck” because it’s used very similarly. Let’s now look at some real world examples below:

Meaning in English: “What the fuck is wrong with you?!”

In this example, the word bumboclaat is used as a noun, which is easily one of the most common uses.

Meaning in English: “Fuck! My arm is broken.”

Here, the term bumboclaat is used as an exclamation. It expresses anger or frustration in this context.

Meaning in English: “Fuck! I just stubbed my toe on the table.”

Another example of how bumboclaat can be used as an exclamation. In this context, it expresses shock and even anger. After all, stubbing your toe is never a good thing.

Meaning in English: “I’m focused on the fucking money this year.”

In this example, bumboclaat is used to emphasize the noun that follows, so it’s intensive. It’s meant to express intensity and give more force to what you’re saying.

However, it’s also very vulgar. If used in the wrong context in Jamaica, it can get you into trouble because it’s not always a nice thing to say.

As is the case with all slang words, it’s very popular in casual and informal settings, so make sure you know your crowd before you use it.

Will you be traveling to the island of reggae soon? See this post on safety in Jamaica to get the inside scoop before you travel. 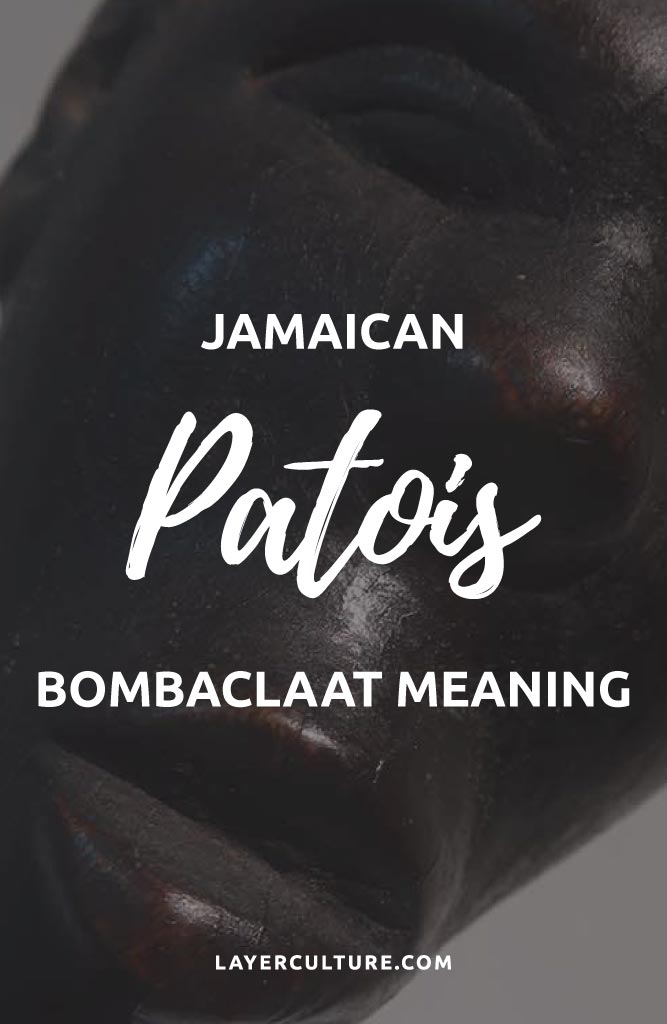