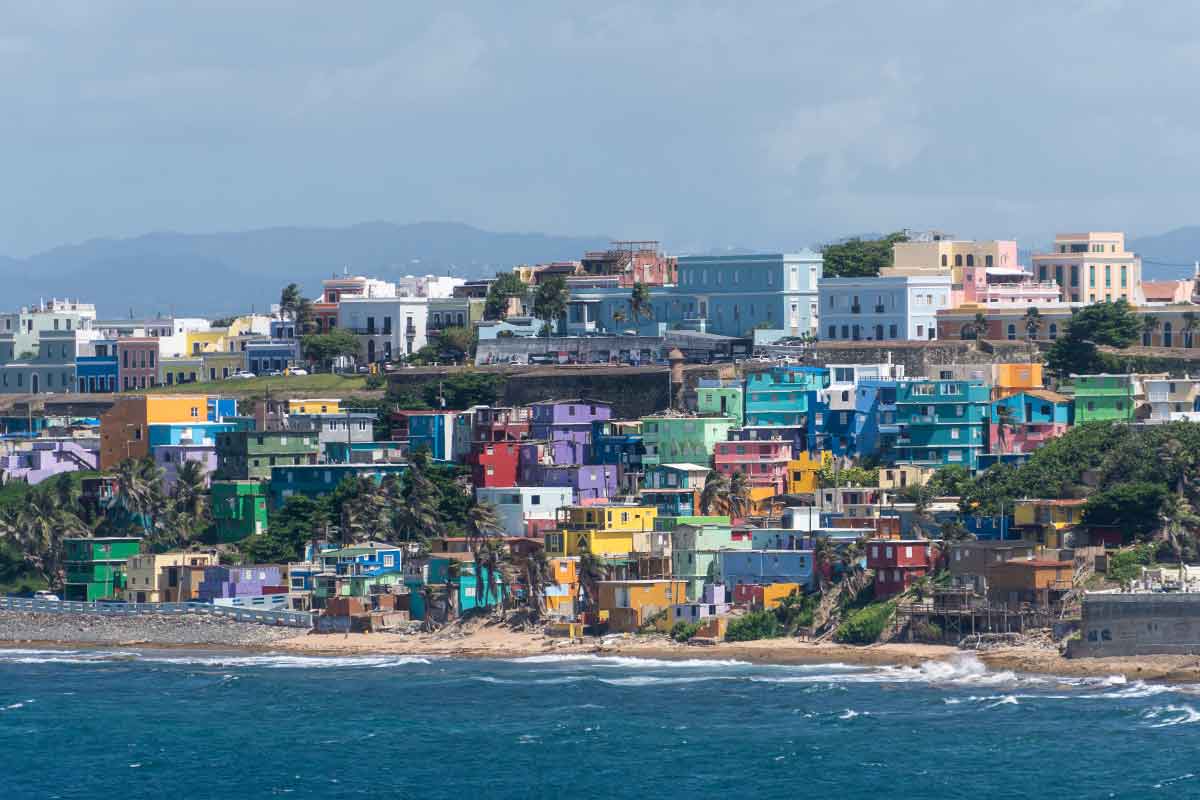 Are you wondering whether Puerto Rico is safe or not?

The world-famous island of Puerto Rico is a beautiful Caribbean island that many times overlooked for Caribbean vacations.

Following the 1898 Spanish-American war, it technically became a US territory situated further east in the Gulf of Mexico than Cuba and Haiti.

If that’s the case, is Puerto Rico as safe as people say? It’s a question worth asking because there are other risks to visiting an island such as this one.

This article goes through all you need to know about safety in Puerto Rico to help you determine if it is the right Caribbean destination for you.

Yes, definitely. If you consider most other Caribbean islands such as Haiti, Jamaica and Cuba, Puerto Rico would be hedging your bets.

The crime rate is that of a lot of US cities, with the only issue being petty crime. Which, let’s be honest, in most cases, we can avoid.

Dare I say, as long as you keep all of your belongings on your person and don’t flash expensive gadgets or other items in public, you’ll be fine.

As far as the weather and climate go and after the recent hurricane Fiona, it’s up to you whether you’d like to visit during the hurricane season or not as this will increase or decrease your personal safety in Puerto Rico.

See my guide on things to do in San Juan for some ideas on what to do.

The good news is that Puerto Rico is perfectly safe to travel alone!

If you aim to stay within the confines of the beach areas or hotel zones and trust your instincts, you’ll have a wonderful vaction here in Puerto Rico. 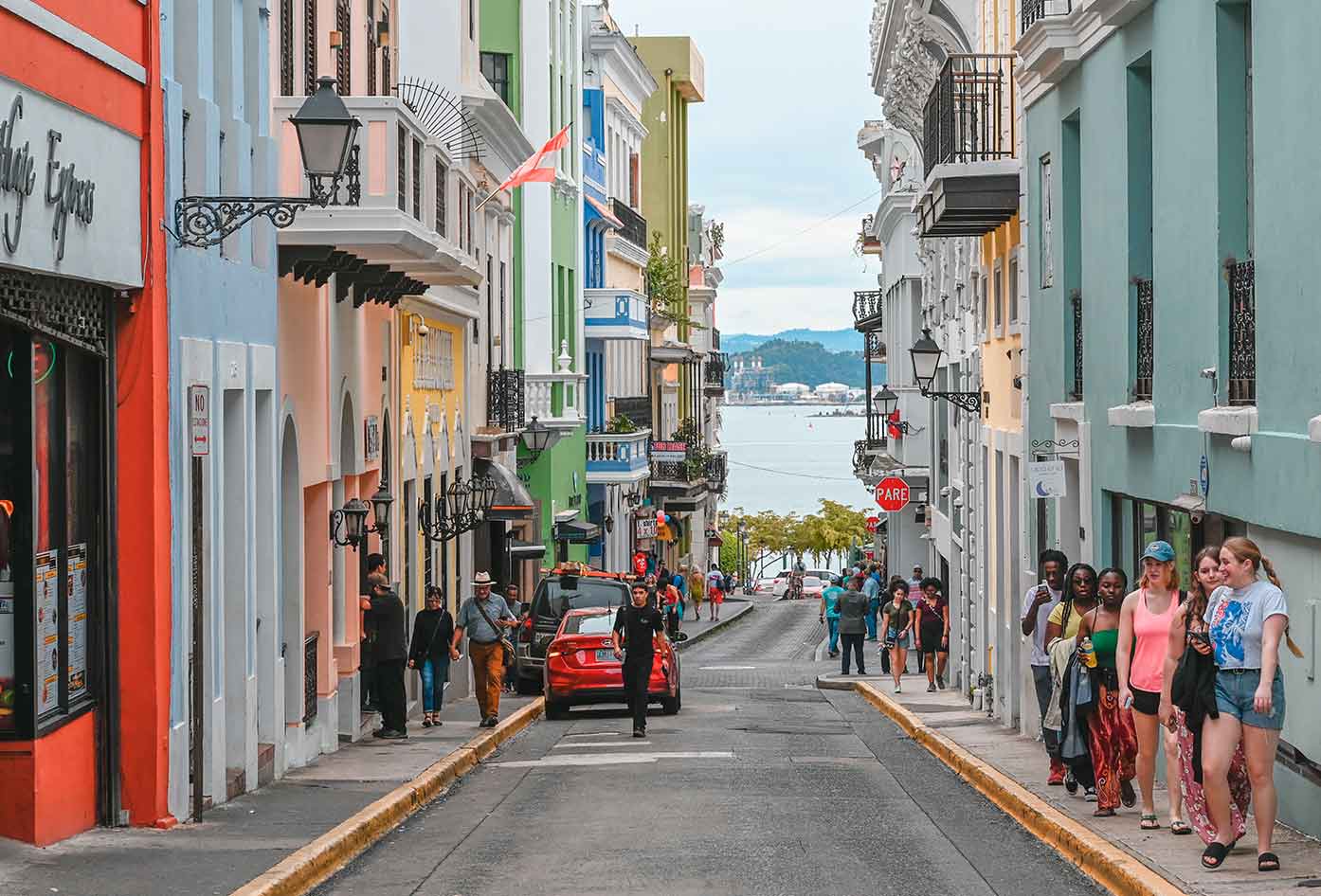 Just as I wrote regarding the safety in Jamaica, you’ll need to abide by the unwritten rules of independently traveling to Caribbean islands: such as don’t go out at night, don’t trust strangers and don’t flash expensive items.

Puerto Rico is a great stop-off point for exploring the Gulf of Mexico but depending on who you are you many want to adjust your style of travel.

Yes, it sure is. In fact, safety is a number one concern for solo travelers in Puerto Rico, especially females. The good news is that most of the tourist areas are well-guarded by police officers and even at late night time hours.

There is usually a healthy mix of male and female police officers in Puerto Rico so there’s no need to feel intimated by a heavy male presence as I know this can be an issue when you need advice from a fellow female.

Most people in the Old San Juan area speak Spanish and English, so you shouldn’t have issues when you need to communicate with somebody.

Is Puerto Rico safe for families?

Yes, Puerto Rico is safe to travel to for families. The island is well-equipped for families with children and there are many activities to do for kids of all ages. Vieques, Dorado and Culebra are some popular places to visit. 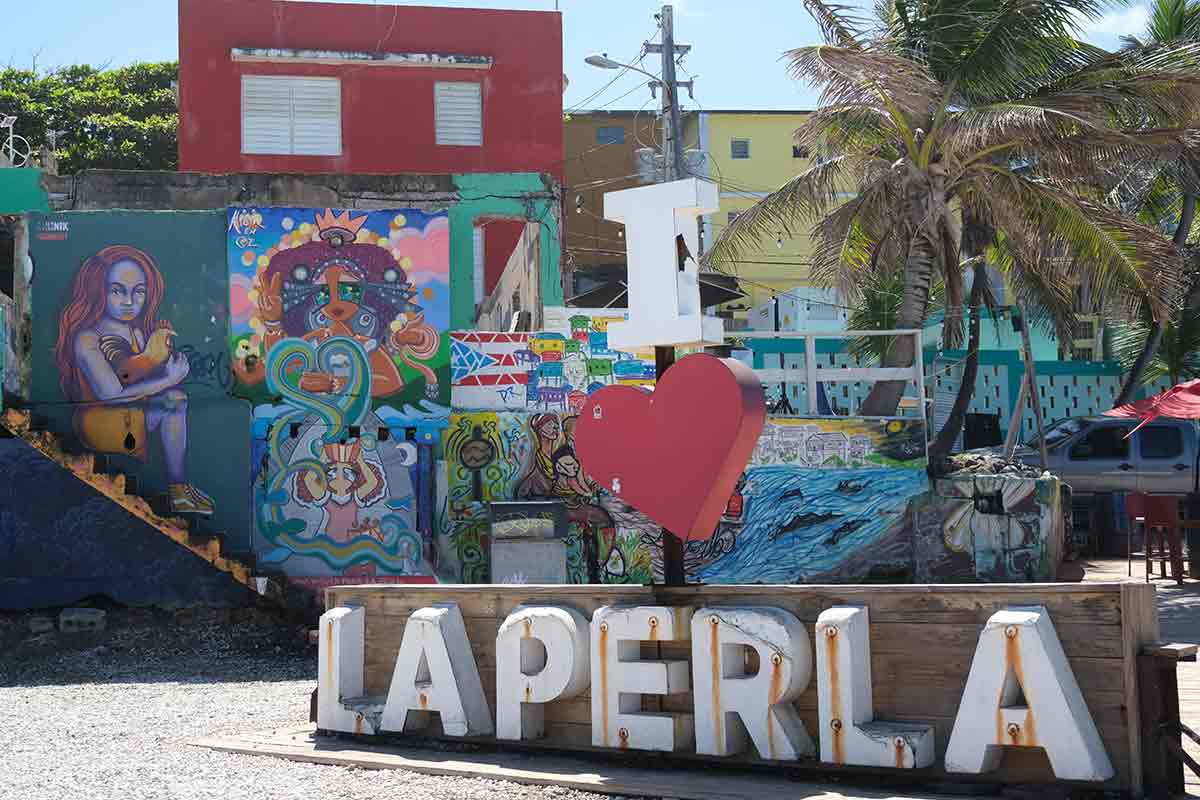 Be sure to read up on the hotel resorts before you book as you may find that not all the all-inclusive hotels are family-friendly. For example, the Fairmont El San Juan Hotel is known as a popular choice. All in all though, the island is pretty well equipped when it comes to traveling with kids.

When it comes to tourist scams in Puero Rico what must you look out for? Below you can read about some common scams on the island:

When renting a car in Puerto Rico there are a few scams to look out for such as changing excessive toll fees or inflating deposits along with hidden charges and fees that can be disguised in order to get extra cash from you.

If you use taxis to get around, look out for scams such as taking the wrong route, the driver claiming to not have the correct change, or ‘forgetting’ to turn the meter on. Much of this can be avoided by asking about the fair before you set off and/or inputting your route into google maps.

When deciding to do tours in Puerto Rico you’ll want to only book official tours. I recommend using Get Your Guide to book all your day trips, however you will be approached by people disguised as tour guide that will offer you a day tour or trip, and in some cases, these guides can be phony and looking to make a quick dollar.

Backpackers must consider that the Caribbean is wrought with hurricanes. Even when the season was supposed to end in November, there were surprise hurricanes in January. 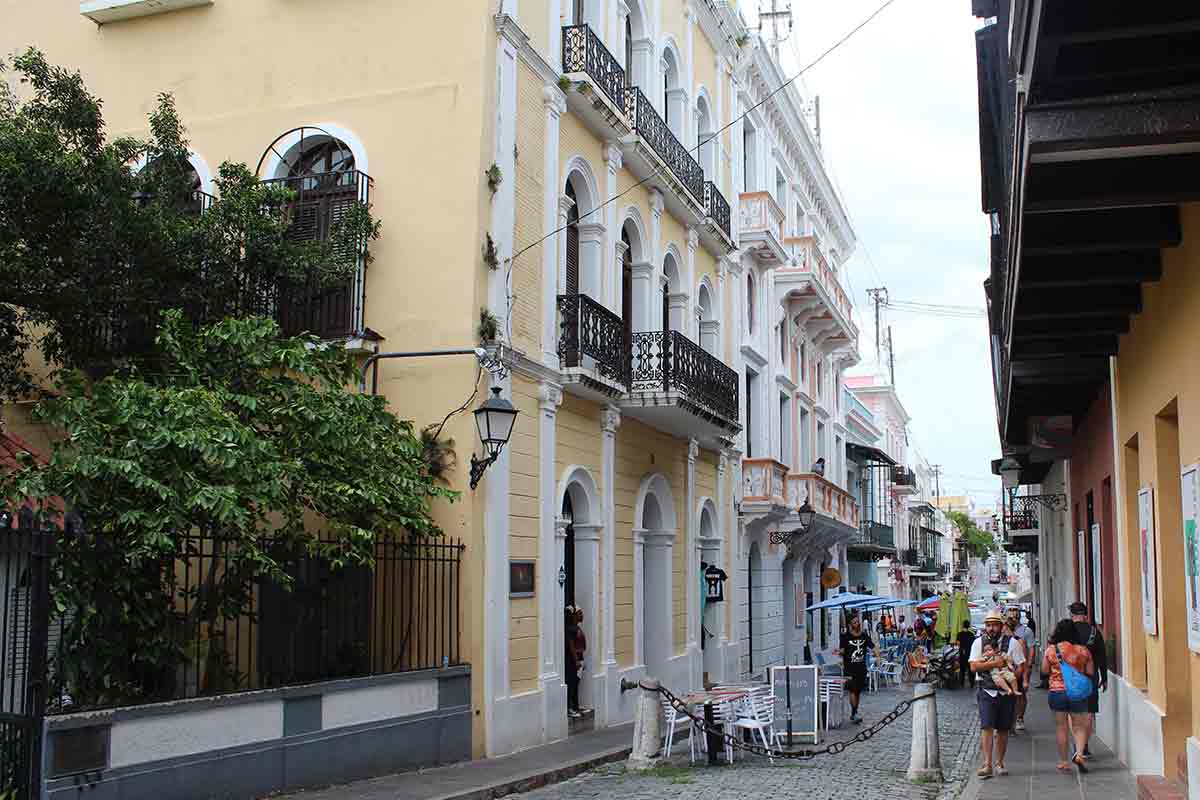 You’ll want to stay in an all-inclusive complex just because of the safety issues in places that aren’t prepared for them.

So, is Puerto Rico safe for budget travelers? Petty crime is an issue of course, but it’s an issue for most places backpackers travel to. See this guide to backpacking Puerto Rico for more ideas.

Puerto Rico has the potential to be dangerous if you don’t take the necessary precautions i.e. you don’t do your homework.

Here’s some top tips to help you before you make the trip out:

With regards to hurricanes and natural disasters, ensure you visit during the suggested months to lower the risk.

Although the highest category hurricane that’s ever been through Puerto Rico was a category 5, prepare for power cuts.

You’ll find several company offices both at the airport (or nearby) as well as in tourist-popular neighborhoods like the Condado district. 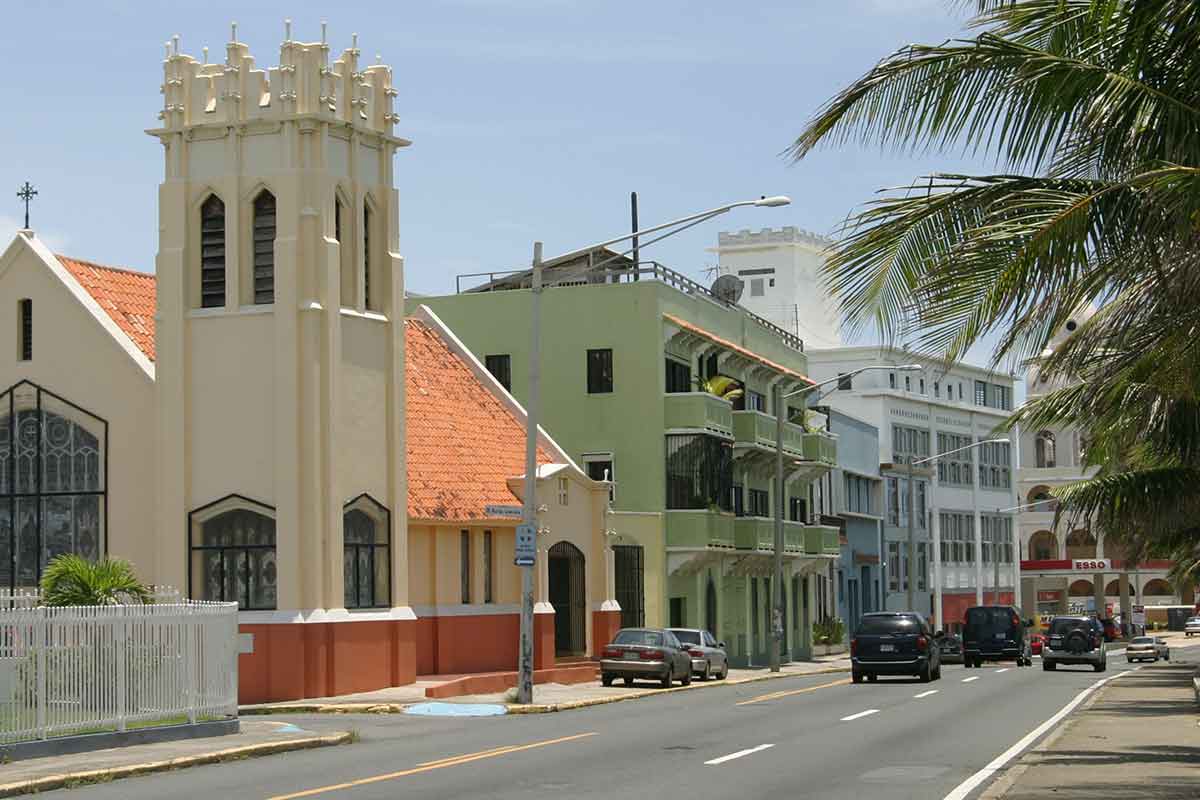 Most independent travelers to Puerto Rico hire cars from San Juan since the roads are so similar to American.

In most cases, if you’re looking to get to your hotel from the airport, you’re better off getting a taxi or shuttle than a bus.

Puerto Rico is not well developed in terms of island-wide bus service, and there are no long-distance bus/coach options.

You’d be better off either hiring a car or hailing licensed taxis.

Walking is a great way to explore the beaches, but if you need to get to the next town it would be safe to get a taxi.

Got Travel Insurance for Puerto Rico?

See these frequently asked questions about safety in Puerto Rico:

is it safe to drink the water in Puerto Rico?

It is true that the food and drink standards in Puerto Rico are similar to that of the United States. However I recommend that you use it sparingly and for cooking and things such as brushing you teeth. For hydration, stick to bottled water.

what is the most dangerous city in puerto rico?

It is said that Santurce is the most dangerous area in Puerto Rico. Santurce is a barrio in San Juan and is becoming more tourist friendly. Always take advice friom locals when it comes to know which areas to visit in Puerto Rico.

Is Puerto rico safe to live in?

Yes! In fact, has a lower crime rate than many mainland US cities and in many cases can offer a high quality of life. With places such as Vieques, Rio Grande, Luquillo and Dorado you can feel right at home.

Is Puerto Rico safer than Mexico?

Yes, but that depends on where you go. Puerto Rico is regarded as one of the safest islands in the Caribbean. If you are visiting one of Mexico’s safest cities such as Merida or the small beach town of Tulum then you may just find yourself in a laid back and un-spoiled environment that has little to no comparison.

Puerto Rico is an amazing island to visit and is perhaps the comfiest island to stay in the Caribbean since it’s so similar to America.

It helps to know at least some Spanish when visiting Puerto Rico, but residents won’t be offended if you speak to them in English.

Despite the 2017 debt crisis, Puerto Rico is overcoming it. And soon it will be the best island to visit in the Caribbean.

While you’re here, why not try comparing Puerto Rico vs Jamaica to be able to weigh up both island paradises and make your decision from there? 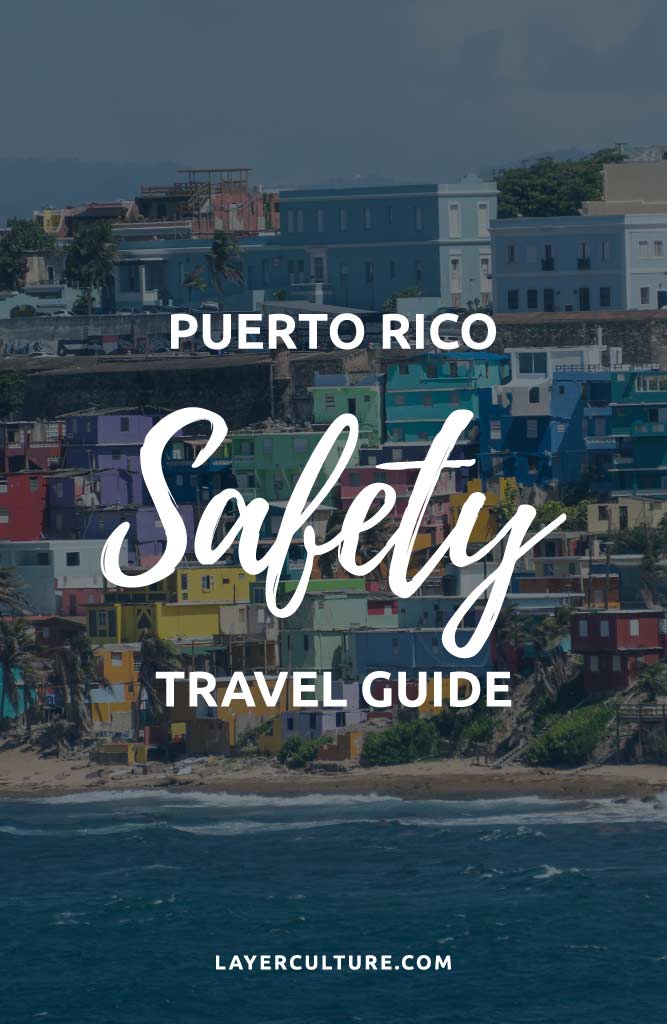 This website uses cookies to improve your experience while you navigate through the website. Out of these, the cookies that are categorized as necessary are stored on your browser as they are essential for the working of basic functionalities of the website. We also use third-party cookies that help us analyze and understand how you use this website. These cookies will be stored in your browser only with your consent. You also have the option to opt-out of these cookies. But opting out of some of these cookies may affect your browsing experience.
Necessary Always Enabled
Necessary cookies are absolutely essential for the website to function properly. This category only includes cookies that ensures basic functionalities and security features of the website. These cookies do not store any personal information.
Non-necessary
Any cookies that may not be particularly necessary for the website to function and is used specifically to collect user personal data via analytics, ads, other embedded contents are termed as non-necessary cookies. It is mandatory to procure user consent prior to running these cookies on your website.
SAVE & ACCEPT
38 shares