You are here: Home / Travel Safety / Is Paraguay Safe For Travelers?

Is Paraguay safe for new and unsuspecting travelers?

Paraguay has some of the world’s best landscapes as one of the smaller countries in South America.

You don’t need to be an experienced hiker or a seismologist to enjoy what Paraguay has to offer.

The iconic Paraguayan Chaco isn’t as easily definable as it is to experience and enjoy.

If you’re a fan of birdwatching, Paraguay is perfect for you.

It’s often overlooked by major neighbors Argentina and Brazil, but many are now seeing Paraguay as the brilliant country it is.

Many visit the country as a stopping point on a backpacking trip. Unlike other surrounding countries, there is no huge influx of cruise tourism since the country is landlocked.

Most tourists, who plan on traveling to South American countries, must consider their safety.

This guide is designed to give you all the safety tips needed for this incredible South American gem and advice you how you can stay safe.

Is it Safe to Travel to Paraguay?

The simple answer is; yes.

There are many things to do in Paraguay and you can feel safe as you take part in many different activities on offer.

Compared with the neighboring country Brazil, Paraguay is very safe not only in terms of crime and acts of God, but extremely friendly people.

Brazil has a lot of crime that just doesn’t fly here. Paraguay is a largely peaceful country, but a tourist will miss the peaceful parts.

In terms of safety scales, it’s skewed towards tourists being targeted for pickpocketing in crowded touristy areas.

Tourists are more likely to take to the streets of Asuncion, which makes sense because that’s where attractions are.

“Despite what you may hear from people who have never been, Paraguay is one of the continent’s safest countries for travelers.

With the exception of Ciudad del Este and the Costanera (riverside road) in Asunción, cities are quite safe to walk around, even at night.”

However, this is the most dangerous part of the whole country by way of petty crime. There are some that dispute that most crime happens in one extremely concentrated area.

Is Paraguay Safe for Backpacking?

Paraguay is safe to travel alone or if backpacking South America as part of your larger itinerary, including travel on local coaches or buses.

Most EU citizens don’t need visas to visit Paraguay for up to 90 days of backpacking delight, but US, Canadian, Australian and New Zealand citizens do need visas.

Fees range depending on nationality if you do apply upon arrival at a consulate in Asuncion. Food hygiene and safety in Paraguay are satisfactory but are not up to the typical Western standards.

Use your instincts; if the place looks dirty, don’t eat there; if your food isn’t piping hot, don’t eat it.

Water is generally not safe to drink, so it is best to buy bottled or boil.

Chipa and Sopa are common street food that locals swear by.

Some basic Spanish conversation will go a long way here when it comes to ordering food and using public transport.

Also, note that pickpockets often work in gangs. Some distracting you while the others go into your bags, so be alert and try not to get distracted if you want to keep your stuff.

Paraguay can be the safest place in the world if you want it to be.

In order for this to happen though, you need to reduce the chance of being found a target of petty crime.

Traveling Around Paraguay by Bus

Buses in Paraguay are the primary mode of transport and they are very much “what you pay for, is what you get.”

Some have the cushty reclining seats like in Mexico and air conditioning which are the more expensive options, others are like riding in a mobile sardine can… Tickets are fairly cheap though which is always a plus.

Always pack some motion sickness tablets just in case your bus is taking the roads less traveled by.

Reservations aren’t necessary except during the busy holiday periods including Summer.

On peak travel dates companies may run multiple departures at the same hour, in which case they’ll mark a bus number on your ticket; check with the driver to make sure you’re boarding the right bus.

South America is full of express high-end coach companies willing to take you across the continent too.

Most towns and cities with central bus terminals have a reasonably priced left-luggage facility.

With no real rainy season or tourist boom, there is no best time to go to Paraguay. However, if heading to other spots ie Iguazu Falls after you may want to plan your trip way ahead of time.

If we had to pick a month though, we would say January. December to February are the hottest months, with daytime temperatures in the low to mid 30°Cs, while July to August are the coldest.

You would want to avoid the Christmas rush, so January is the best month. If we had to pick a time outside of the warmer months, we would suggest visiting the capital on Asunción Day.

Read these facts about Paraguay to learn more about cultural events.

25th August is a lot of fun, as is the pyrotechnic-filled San Juan festival on 25 June. The nearby Iguazu Falls are fullest from Dec-Feb, although rain can cut off surrounding rainforest trails.

If you are heading to the Iguazu Falls from Paraguay be prepared to cross the Parana river by ferry to get there.

Paraguay is an amazing mid-continent swamp country to visit and is perhaps one of the safest South American countries on the whole.

It would help when visiting Paraguay if you knew at least some Spanish since not many people will speak English.

Also, it would help if you loved football. Paraguay loves its football! Be sure to add Paraguay to your list of countries to visit in South America. 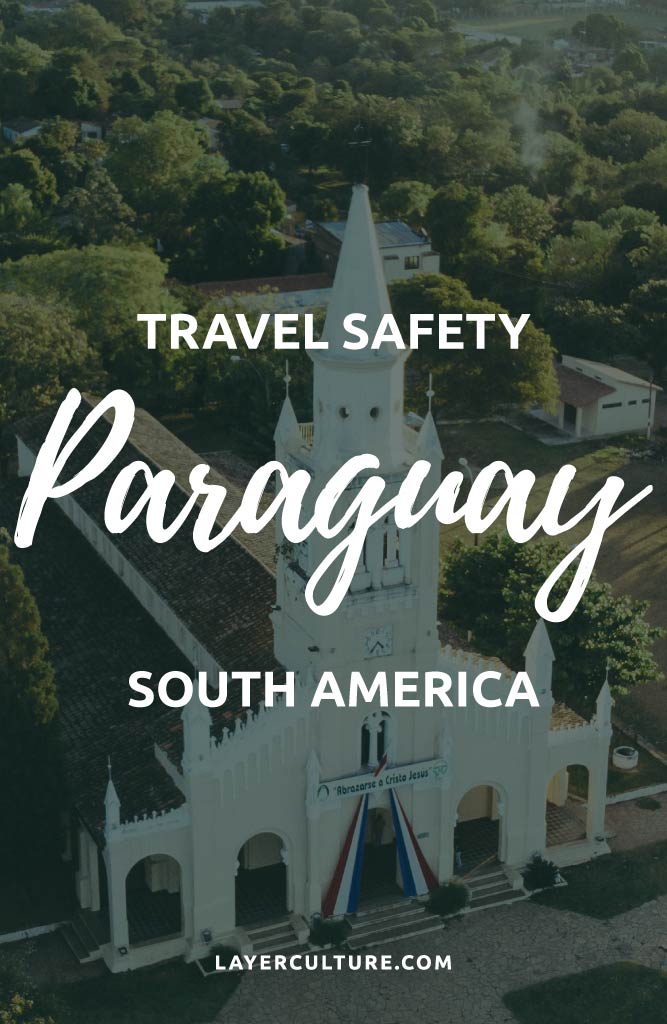 Do you feel like your personal safety in Paraguay is in good hands?

We use cookies on our website to give you the most relevant experience by remembering your preferences and repeat visits. By clicking “Accept All”, you consent to the use of ALL the cookies. However, you may visit "Cookie Settings" to provide a controlled consent.
Cookie SettingsAccept All
Manage consent