Is Guatemala safer than Mexico?

Those who know will tell you that Guatemala is an interesting country to visit, but for many, it can be not easy to choose between it and Mexico.

Both countries have exciting outdoor adventures, natural wonders, Mayan history, delicious food, and more. But are these countries safe for travel and, more importantly, what are the risks to look out for as a tourist?

After spending time in both countries, I want to dig deeper into the safety issue and find out whether Guatemala is safer than Mexico.

Is Guatemala Safer Than Mexico?

Both of these Latin American travel destinations are for tourists seeking the most authentic cultural activities and this article is designed to help determine if Guatemala is safer than Mexico so you can plan your trip.

It is hard to believe that outside of the safe haven of Antigua in the south, Guatemala’s violent crime rate is one of the highest in Latin America. 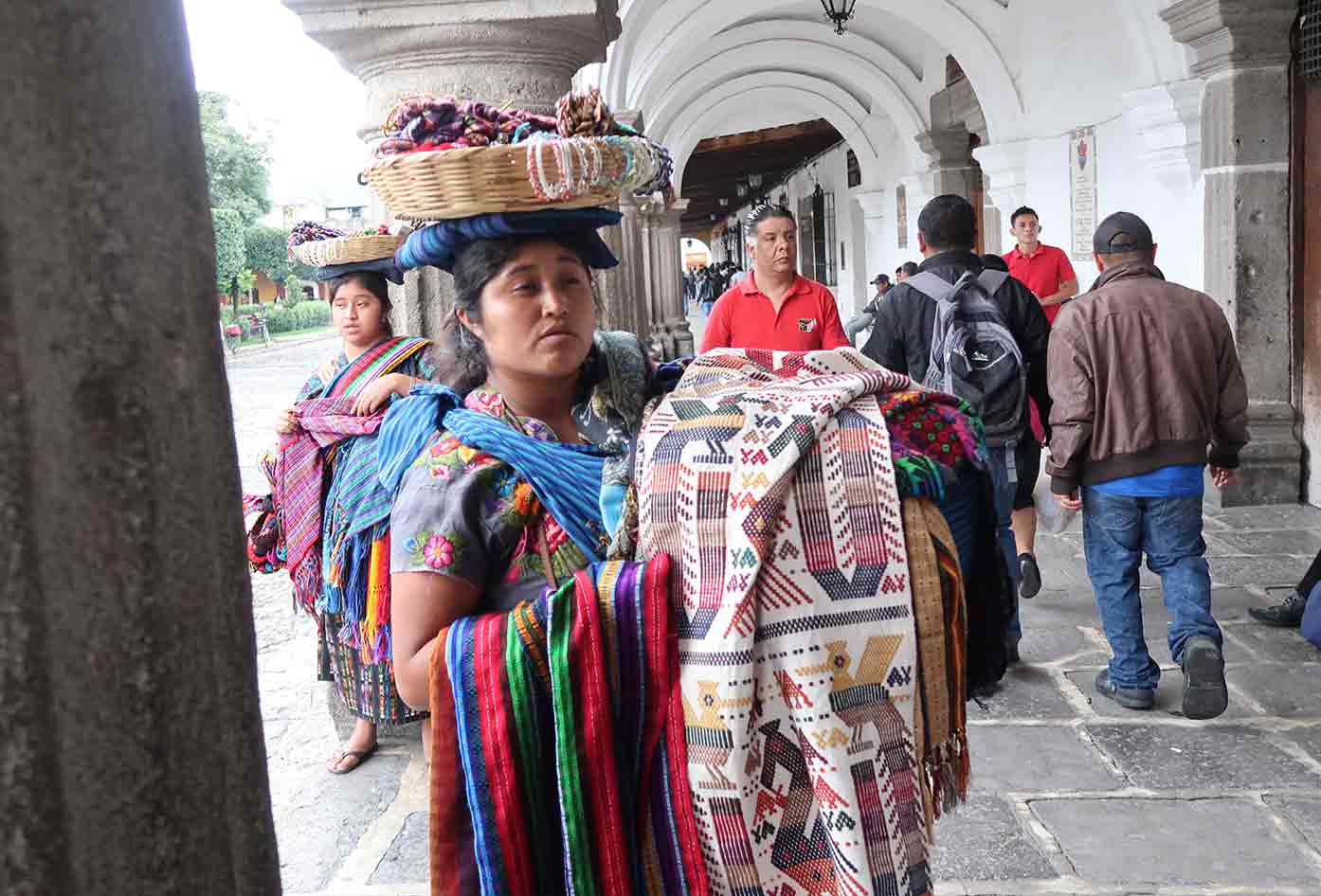 Although most violent crime occurs between gangs and crime is often random, it doesn’t mean you ignore the greater unrest in other places.

That means that tourist areas are not as safe as they are in other countries. Despite this, most trips to Guatemala are incident-free! For example, those traveling to Guatemala to visit Tikal will go with a tour.

Most people volunteering in Guatemala or visiting the country to Learn Spanish, as I did, will usually go with a reputable company or organization.

As mentioned above, the crime rate is relatively high in Guatemala. As such, it’s not the best destination for inexperienced travelers to visit. 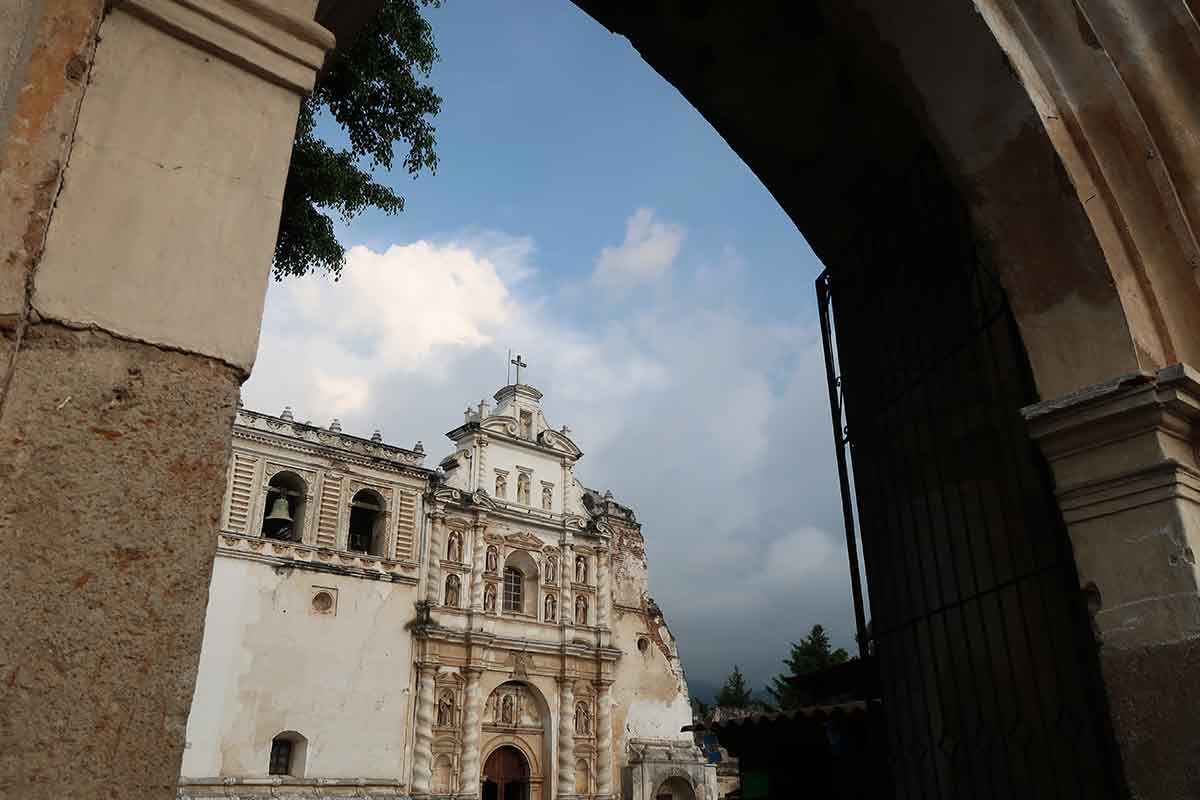 Even if you are experienced and have street smarts, your trip to Guatemala will have major limits to avoid risks. See this guide on general safety in Guatemala to see why so many travelers head for Antigua.

Antigua is somewhat of a safe haven for travelers to Guatemala and a great starting point for those who are concerned about safety but have their hearts set on visiting the country.

So, despite its cultural feats, we’ve established that Guatemala is definitely not the safest country in Central America to visit, but you can have a very rewarding trip if research well and overprepare.

When visiting Guatemala there will be many things that may be used that are not recommended. Such as walking around with your cell phone or hailing a taxi directly off the street, especially when traveling alone.

Another thing to consider is the drinking water, for example ordering ice with your drink on a hot day is something you will want to avoid.

In fact, for Guatemala I highly recommend you carry a filter bottle like this one so you can avoid bacteria poisoning or getting sick from the water.

According to Numbeo, Guatemala has a 59.71 crime index. It’s moderately safe to walk around during the day, but it’s not recommended at night. 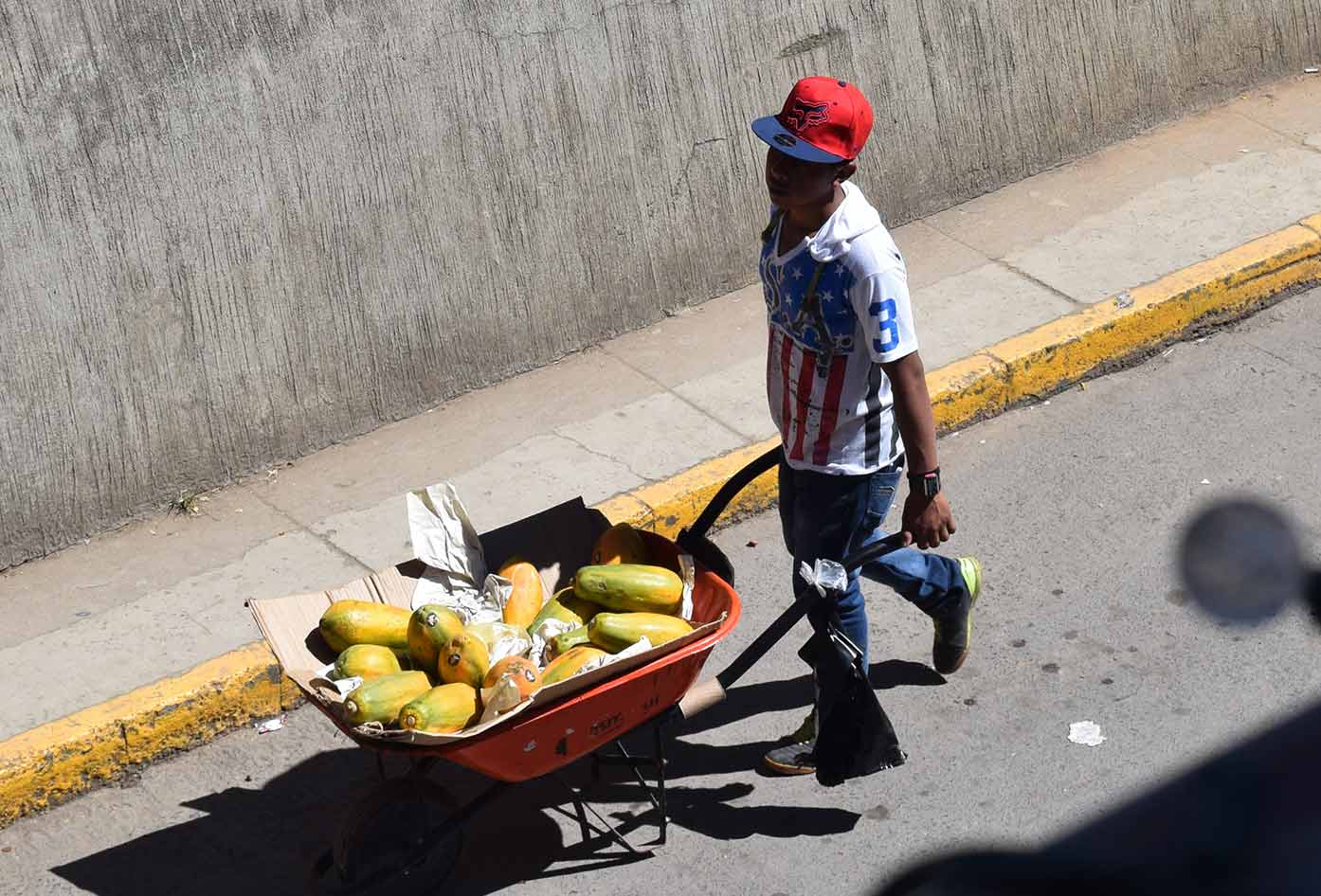 Petty crime and scams are rife. But it’s also important to understand that tourism is one of the main industries of Guatemala’s economy.

As such, tourists don’t often become victims of crimes but they do have to be extremely careful, especially when it comes to avoiding dangerous areas. This is why guided tours of the capital are popular because you can see the gems in Guatemala City without putting yourself in danger.

After planning my second trip to Guatemala and deciding that I wanted to leave Antigua, I started to look around for other places to visit.

It sounds crazy, but you can get way too comfortable in Antigua since it has many of the comforts you may be used to at home. You have to remind yourself that Guatemala is one of the cheapest Spanish speaking countries you could ever visit, so you must take advantage of that. 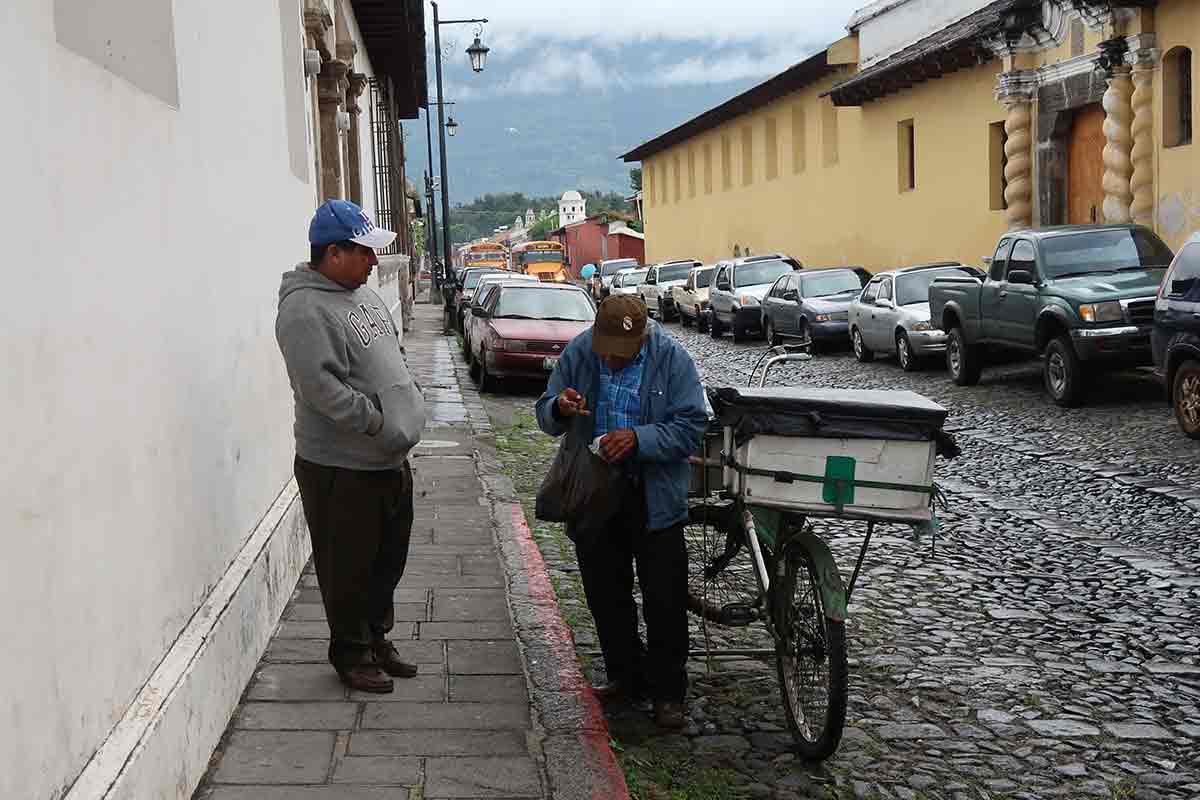 To help you stay away from some most dangerous places in Guatemala, here’s a short list of some of the safest cities you can visit on your trip:

If you’re visiting Lake Atitlan be sure to do your research first as there are many villages to visit. For example, this small group tour will give you the opporiutuf to get acquainted with the local indigenous people in the village of Panajachel which is a pre-Columbian town of Kakchiquel origin.

Most Dangerous Places in Guatemala

As you may have noticed, the safest places in Guatemala are small towns. If you want to experience urban Guatemala, Guatemala City is the best option. There are modern malls, theaters, and a lot to explore. 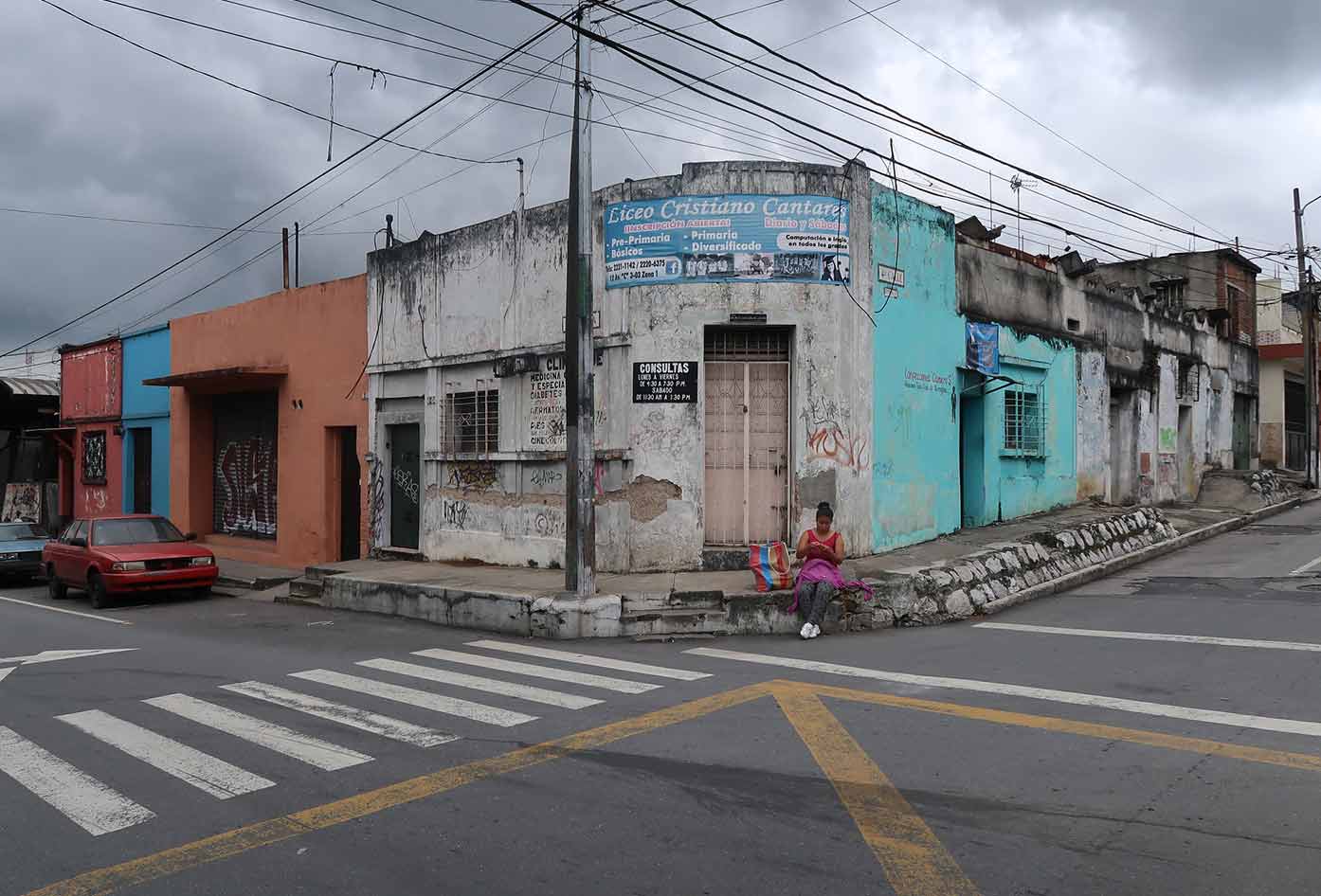 Now, Guatemala City is divided into zones, which makes navigation as a tourist a lot easier. Zone 1, which is the historic downtown area, is not where you should stay. You should be fine visiting during the day if you want to visit some landmarks there, but be careful because it’s sketchy. 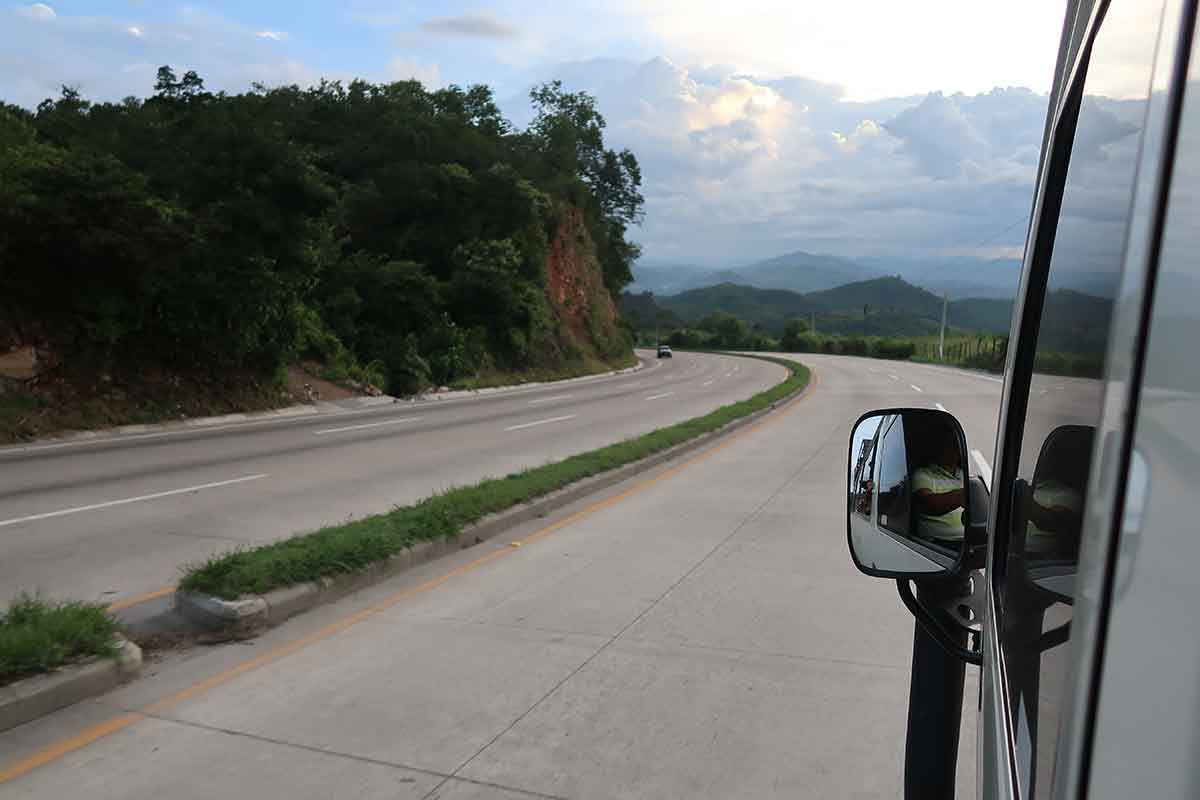 As I mentioned earlier doing a group tour is your best option for Guatemala City since walking around the streets of the unfamiliar is an absolute no-go. If you are following the gringo trail and have the capital city on your list, you can arrange your group tour online or in Antigua.

When it comes to visiting Latin America, Mexico is one of the safest destinations. It didn’t use to be, but it has come a long way. 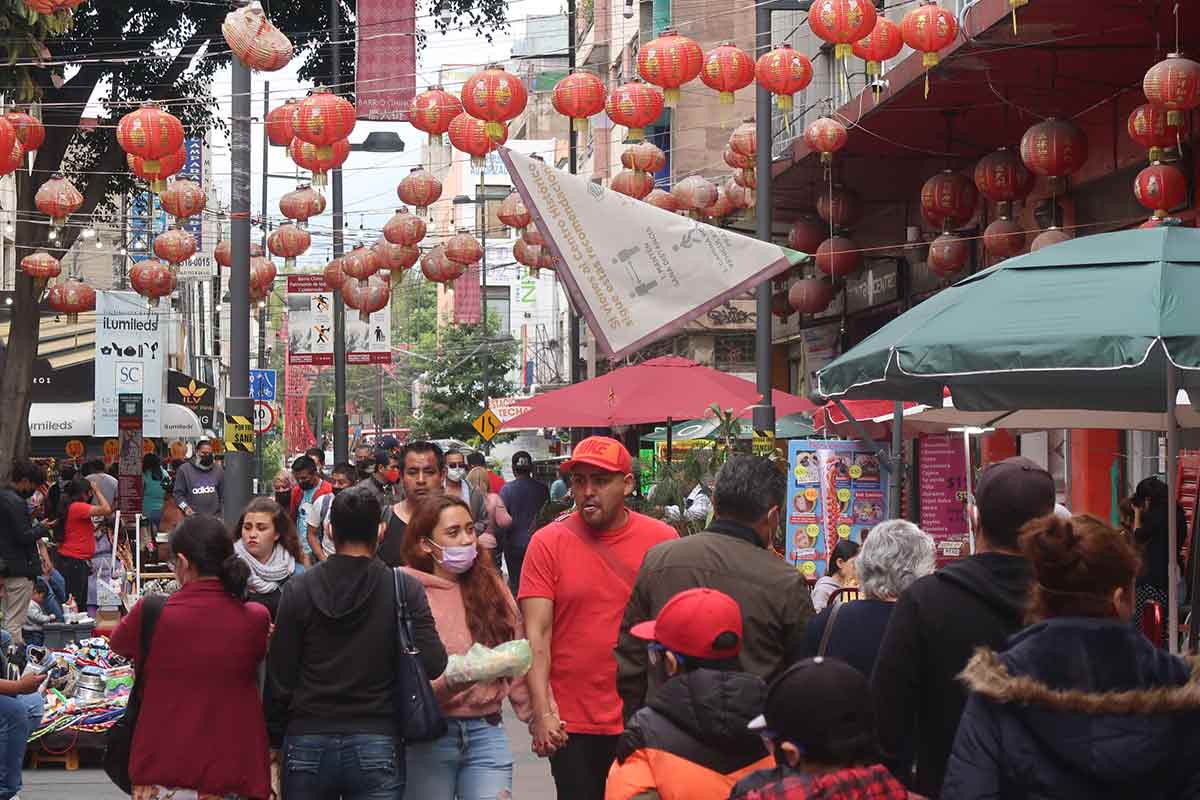 That’s not to say that it’s 100% safe, but there are many tourist destinations to choose from where you’ll be fine. When considering more dangerous cites such Tijuana, for example, you can easily avoid them by educating yourself and knowing which regions are no go areas.

Generally speaking, Mexico is quite safe for travelers if they take proper precautions and exercise common sense. Safety level in Mexico varies from region to region. For your information the safest city in Mexico has been voted as Merida in the Yucatan region but not everyone knows this. 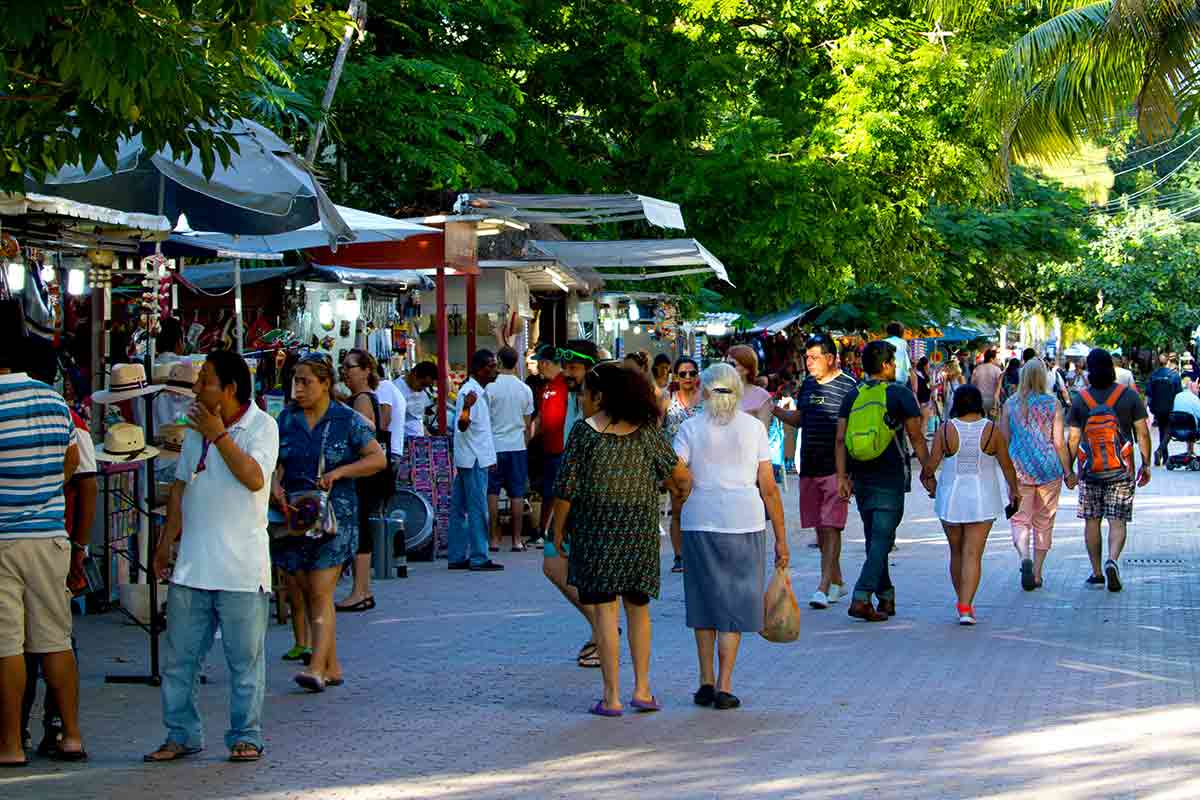 That’s why it’s important to do your research and plan your trip well. Avoiding dangerous areas and being cautious in safe areas is key.

According to Numbeo, Mexico’s crime index is 54.43. The biggest risks are vandalism and theft, armed robbery, corruption, and bribery. 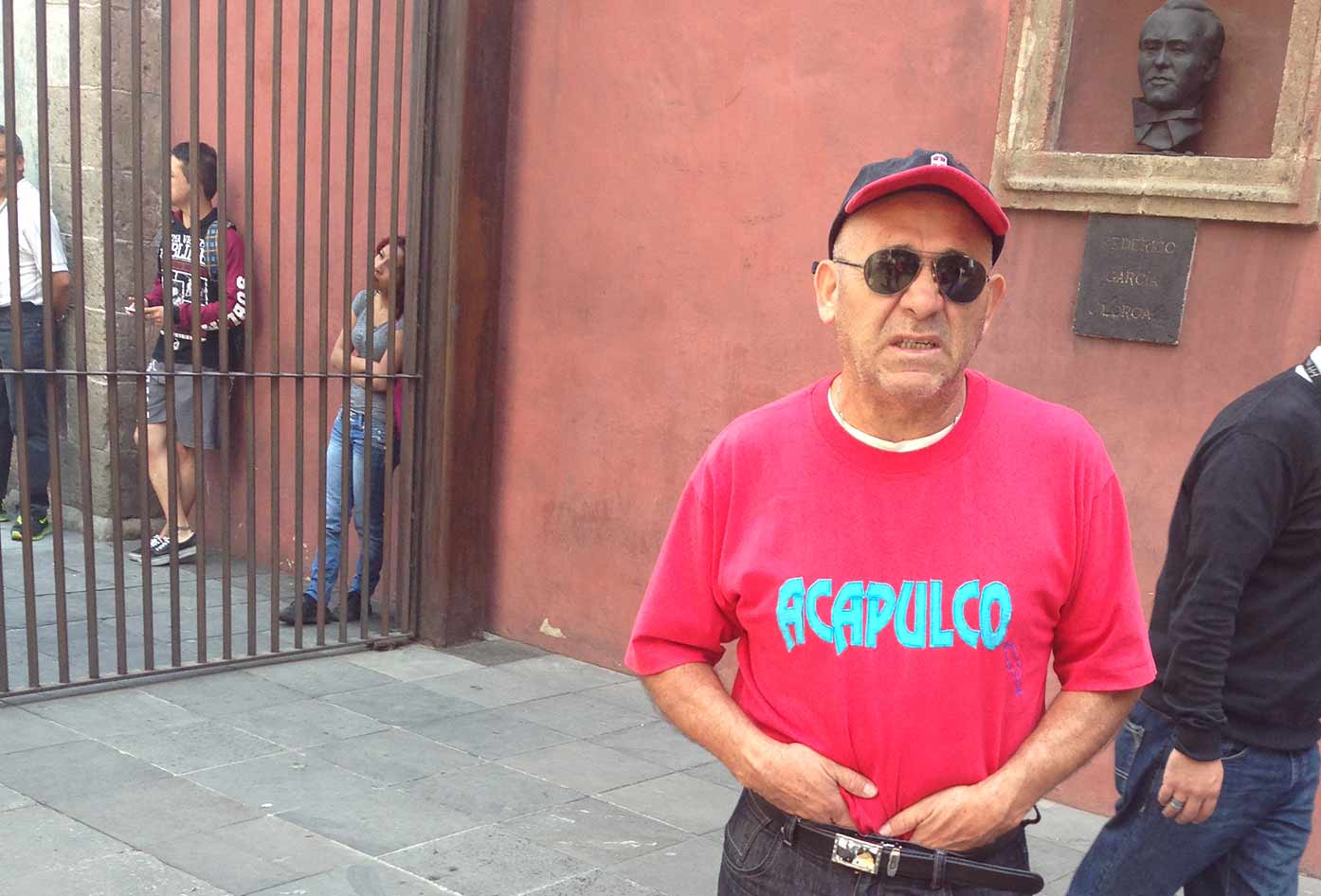 When it comes to some of the more moderate risks to look out for, include home break-ins, robbery, mugging, car theft, and drug dealing.

Petty theft and scams are also something to be aware of. In Mexico, it’s quite safe to walk around during the day, especially in known safe areas.

However, walking around at night is not encouraged, especially when traveling solo. This may seem safe but in many cases, you are unaware of what is going on in the streets and can easily walk into a no-go area.

When out on the streets, prevention is key! Be sure to carry a hidden travel wallet or waist pack like this one to help conceal your important valuables.

So, as we have established, it is unfair to label the whole of Mexico as unsafe. But that leaves you wondering where is safe to go then, most people have heard about Cancun, but is that it? 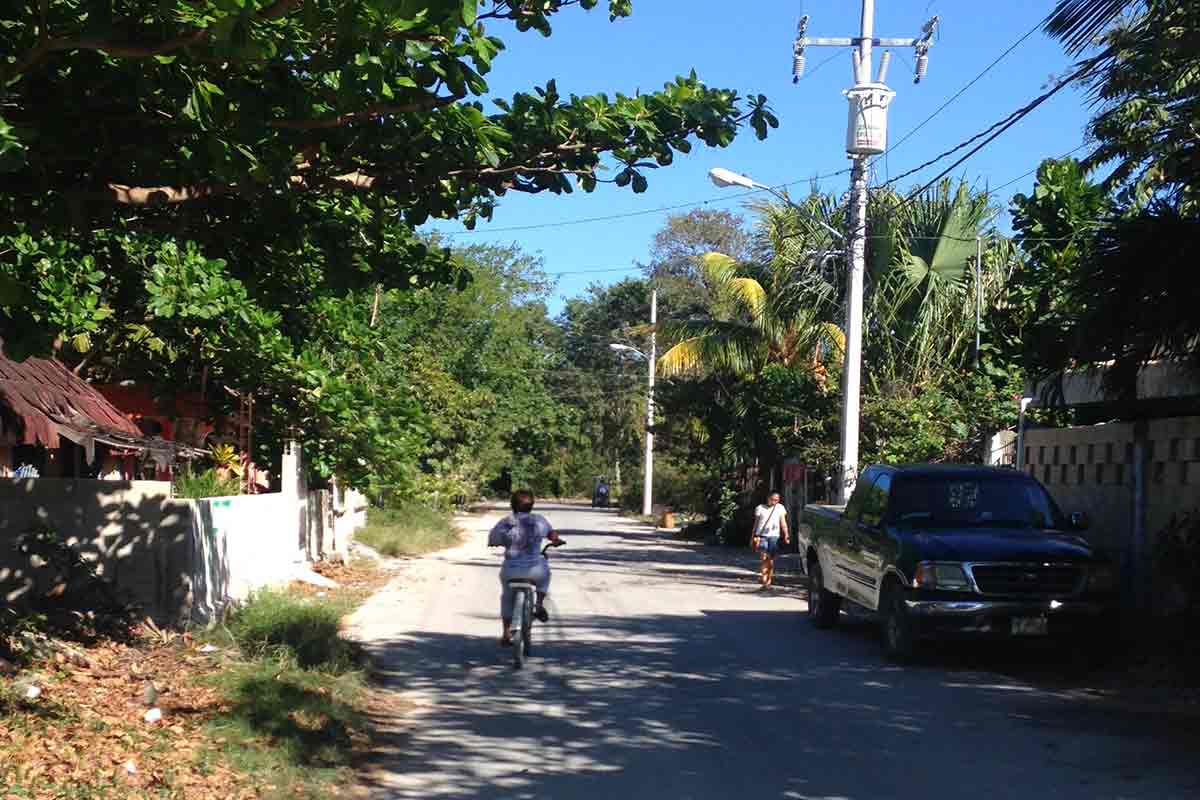 You’ll be happy to know there are many safe cities to visit in Mexico and to be honest a handful of them are unknown to the general public.

However, when it comes to the popular ones see these ones first:

Places to Avoid in Mexico

Knowing what places to avoid in Mexico is very important because it will help you avoid major risks. Though you still need to be cautious and take precautions in safe areas, there are areas you need to avoid entirely. 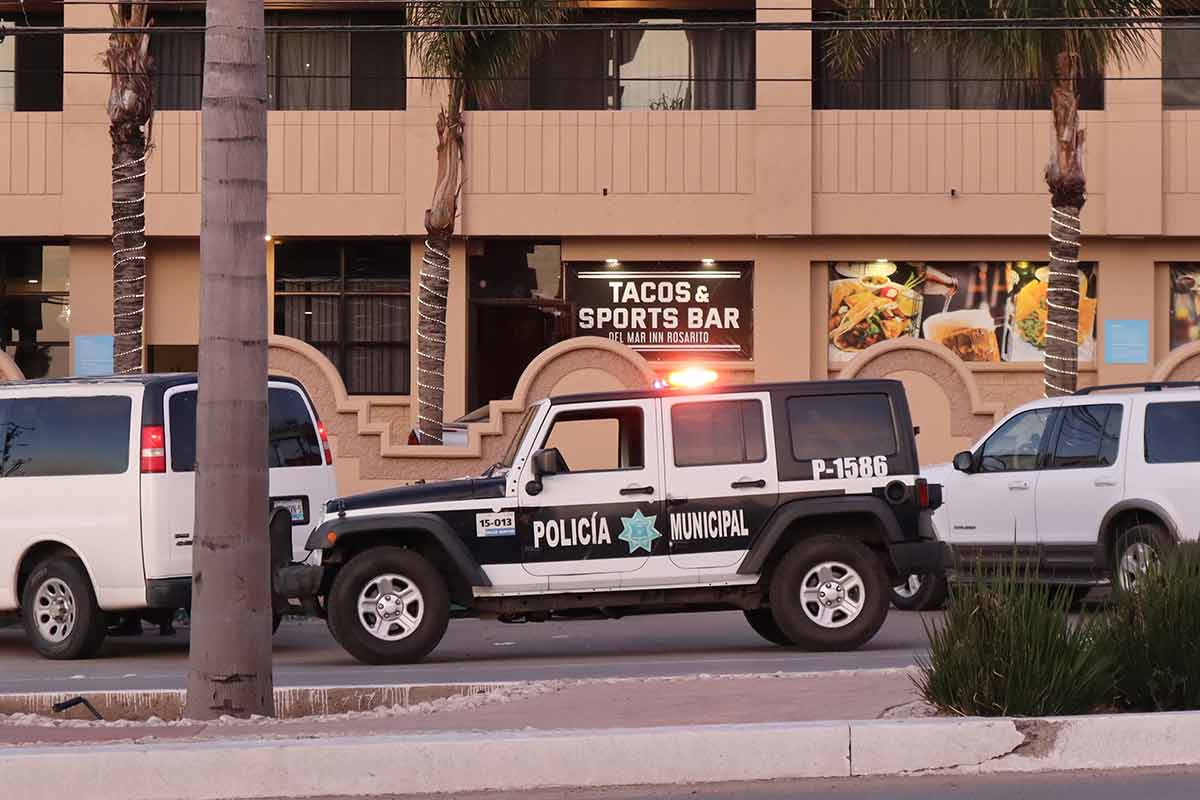 Parts of Acapulco, Cuernavaca, Colima, Guadalajara, Puebla, San Luis Potosi, and Morelia should also be avoided when traveling to Mexico.

Of course, whatever place you decide to visit, go the extra mile of researching the trouble areas so you can steer clear of them.

Staying safe in either of these Latin American countries will require you to follow a few universal safety tips, which in most cases will go a long way.

⤵️ Below are some useful tips to help you on your journey:

Got Travel Insurance for your trip?

Guatemala or Mexico: Which is Safer?

At the end of the day, if you are visiting for the first time both Guatemala and Mexico have certain risks to keep in mind at all times.

But in Guatemala safer than Mexico? Not really, but being extra vigilant, avoiding bad neighborhoods, and taking as many travel safety precautions as possible will help you evade danger and have a rewarding experience.

If you’re not a well-seasoned traveler, overprepare and remember that you can avoid most situations by following universal travel safety tips.

Why not read this guide that features other safe countries in Central America if you’re not convinced that Guatemala is a good option for you? 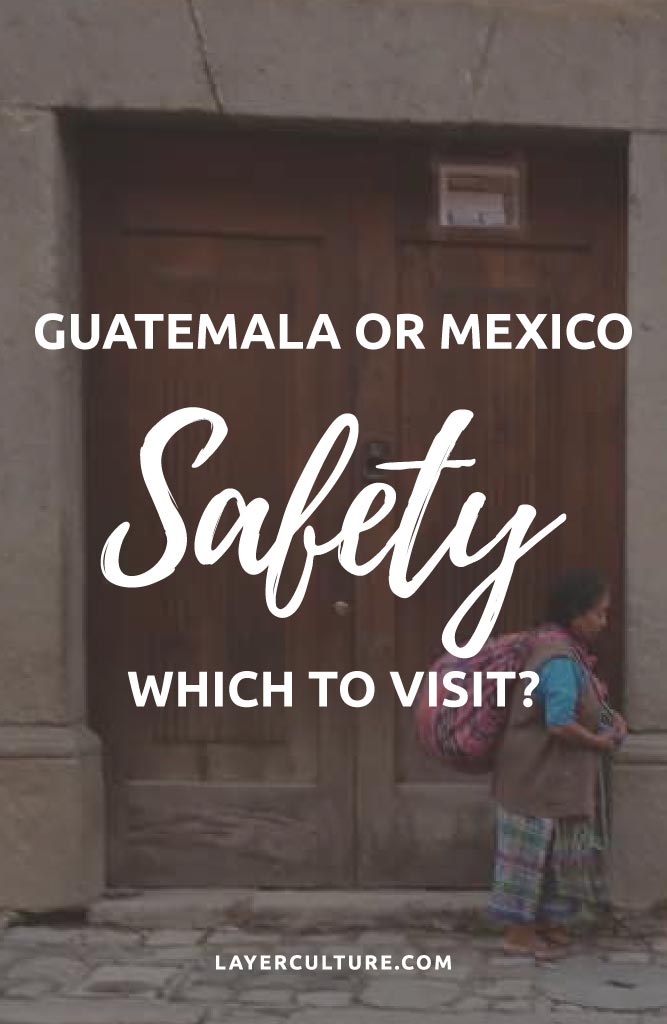 Will you choose Guatemala or Mexico when traveling to Latin America?