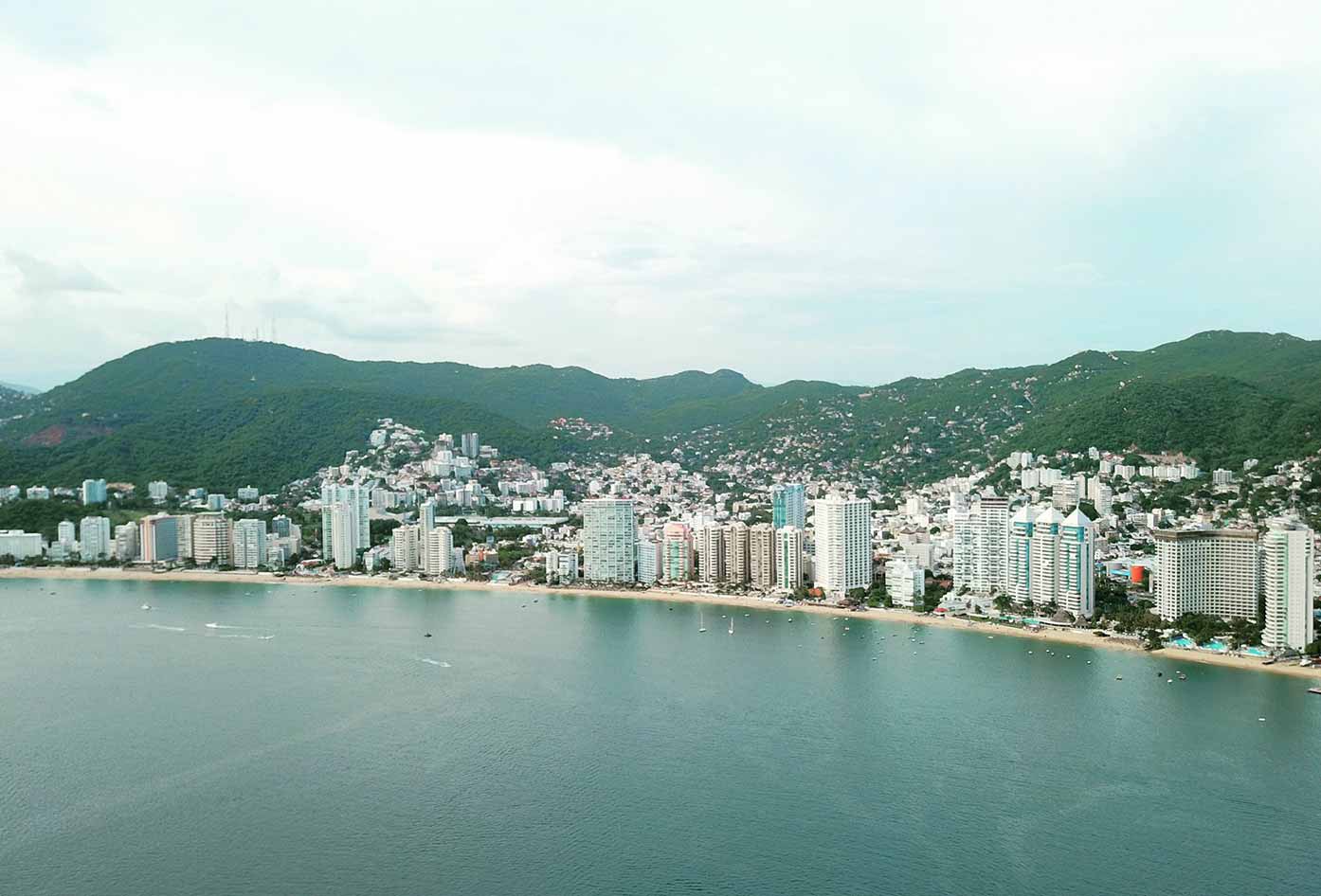 Were you wondering: is Acapulco safe to travel or not?

Acapulco is a Mexican city located in the region of Guerrero.

It has incredible beaches on the Pacific coastline, with a lot of tourists traveling here for its resorts.

It has been touted by many journalists and critics as a ‘murder capital’, but thousands of tourists still visit every year.

Is Acapulco Safe For Tourists?

In the 1950s, Acapulco was THE big destination in Mexico, way before Cancun or Cabo, or any other spot was even considered a tourist spot.

It was commonly referred to as the “Pearl of the Pacific”, attracting visitors such as Frank Sinatra and Judy Garland.

However, recent statistics suggest that while it still attracts visitors, numbers have dropped due to the dangerous perception of the area.

Many tourists like to compare Acapulco vs Puerto Vallarta before making a final decision of where to go on Mexico’s pacific coast.

Acapulco is located within the state of Guerrero, which sits on the Eastern Pacific Coast of Mexico.

As a result of its position, it’s home to some of the best beaches in the country, and also to some bright red sunsets most days of the week.

There are five states that border Guerrero, which are Oaxaca, Puebla, Morelos, Mexico City and Michoacán.

Acapulco itself is located roughly 390km north of the backpacking haven Puerto Escondido, and roughly 380km from Mexico City.

How Safe is Acapulco?

The city of Acapulco can be dangerous in some areas, but not nearly as dangerous as the surrounding region of Guerrero.

Thousands of tourists visit every year, enjoying the vibrant nightlife and staying in marvelous resort hotels that line the sandy beaches.

One thing many travel professionals in the industry have had to deal with in recent years is the huge influx of fake news reports.

The misleading statistics regarding safety in Mexico, including sensational headlines or crime reports, usually don’t provide the full context of the current situation.

The irony of this is that most visitors to this region describe the area as safer than most American cities. 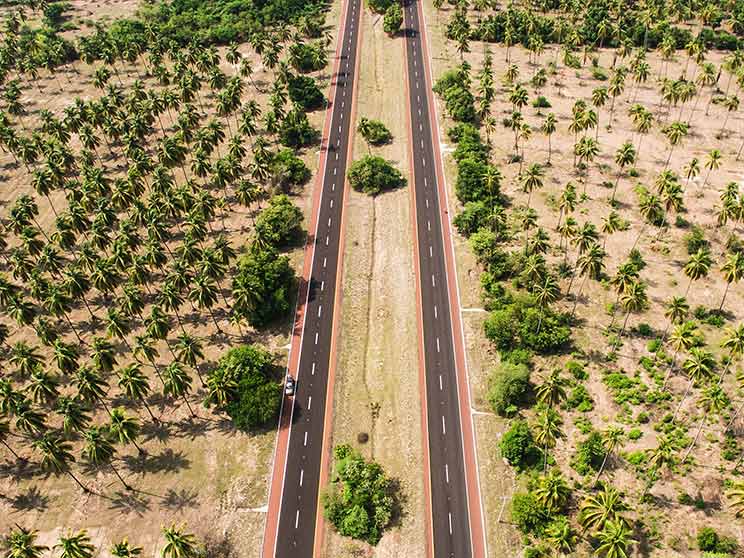 What you may not know, is that ‘Pulco’ still remains one of the top travel destinations for Mexican stereotypes to vacation during the holidays.

The most dangerous risks when traveling to Acapulco would be simple petty crime that’s found in most countries.

It’s a touristy location to travel to, so the emphasis on safety and the upkeep on security is already better than most of Mexico.

See these safety facts to learn more about travel to Acapulco:

As you can see like with any of the places to visit in Mexico, you will always have pros and cons to weigh up based on your own specific wants and needs.

See other regions such as Oaxaca if you are still in doubt.

Is Acapulco Safe for Tourists?

Acapulco is perfectly safe to travel alone or with your family.

Use common sense when taking trips outside of resort hotel areas.

Don’t expect complete safety during the late hours, and stick to the confines of the bayside. Interestingly, most of the crime happens with those who appear to look like tourists.

The best advice for anyone, both families and solo travelers is to blend in as much as possible.

It would definitely help if you knew some basic Spanish conversation since Mexicans very much appreciate English speakers who learn it as a second language but don’t worry if you don’t, you can pick it up.

Just bear in mind that when booking excursions, hotels and bus rides will be a lot easier if you did speak Spanish.

There’s a reason you’ve most likely already heard of Acapulco.

It’s one of the craziest cities for nightlife in Mexico, and an arguable contender for Latin America too.

For this reason, it’s a popular choice for spring breakers year upon year, and there’s really options to suit everyone here.

For those looking for upscale clubs, head to Palladium and Mandara in the Las Brisas barrio.

La Condesa area has the most variety with everything from more relaxed bars and strip clubs. Whatever your fancy, you’ll find it here!

Where to Stay in Acapulco

Acapulco is quite a big city, so there’s different areas that are better depending on what you’re looking for.

Acapulco Tradicional is the historic centre, where you’ll find many charming plazas as well as forts and historic museums.

For those looking to relax and party, then Condesa is the one! There is a large variety of scenes, and things happening every night of the week.

Zona Dorada is another district for those looking for a more relaxed time. Why not check out the best hotels in Acapulco before you travel?

The district is also safer, and the best for authentic Mexican restaurants and to try out the infamous mariscos (seafood) of the region.

This coastal city is quite safe for tourists, but it still smarts if you exercise the right precautions.

As we have explained in many safety guides before, the statistics and articles that come out of the murder rate of Mexico aren’t necessarily reflective of the tourist experience.

However, this doesn’t mean you have a license to do whatever you want. Stay safe and trust your instincts.

Where to Stay in Acapulco

Acapulco is the largest city in Guerrero and one of Mexico’s most important ports.

It is part of the famous Guerrero Sun Triangle, a tourist route through the best beaches on the Mexican south coast. With this in mind, it only makes sense to see so many incredible resorts and areas to stay.

Traditional Acapulco is home to the historical sites and the main essence of Colonial Acapulco.

Some attractions in Acapulco include:

You also find a number of beautiful beaches Acapulco in such as:

This important hub offers connections to other destinations in Mexico and the United States.

Acapulco also has major highways connecting it to Morelos, Oaxaca, Michoacán, and Mexico.

The best month to visit Acapulco are April, May, October, and November. Interestingly, the weather is consistently sunny, hot, and humid during these months.

This makes Acapulco a brilliant Easter or end-of-fall break which doesn’t have to coincide with the Summer boom.

The dry season runs from November through May, while the rainy season goes from June through September.

Average highs throughout the year rest in the upper 80s and lower 90s, while the average lows hover above 70 degrees Fahrenheit.

The rainy months are likely to be unbearably wet for vacationing. It may be worth comparing Acapulco vs Cancun for a second comparison.

Got Travel Insurance for Acapulco?

Acapulco heavily relies on being an amazing holiday destination, so statistics and brash headlines cause protests from locals about the murder rate.

The infamous clown protest involved many key industry workers who rely on tourism for their sources of income. They came together to end the problem of gang activity driving away tourism.

As the locals attempt to regain the 50s image of being as big as Cancun, it’s up to us to bring the awesome location back to its former glory.

Still not convinced about traveling to Acapulco? Find even more safe places to visit in Mexico right here on this blog before you travel! 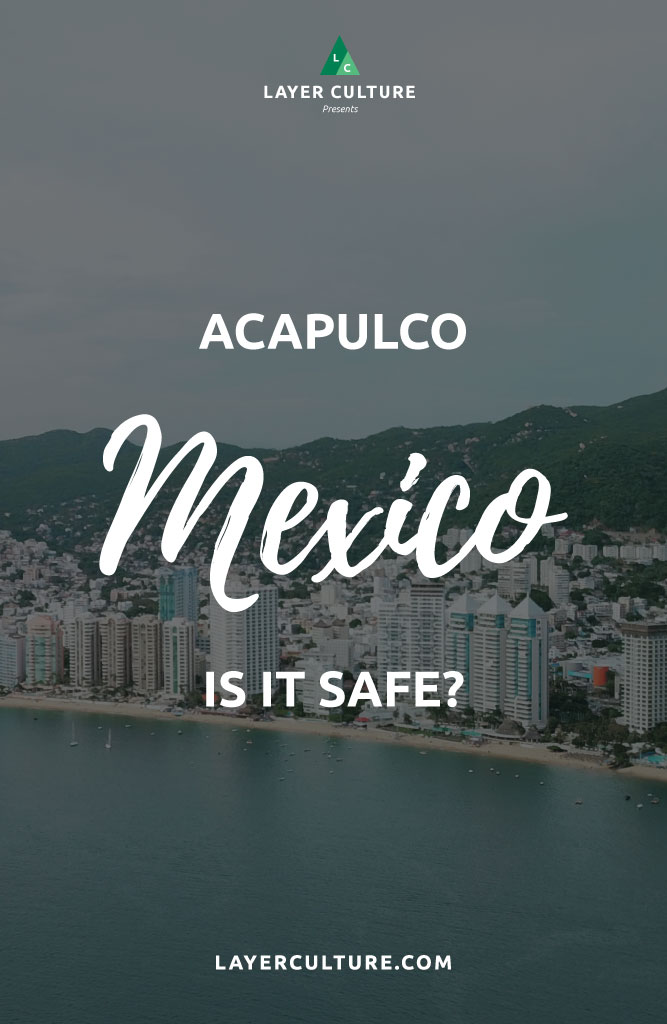 Have you got any tips about traveling to Acapulco we can learn from?