Do you want to know how to dance Cha Cha?

The Cha Cha is one of the most iconic dances in the world, thanks to its own unique rhythm; one, two, cha, cha, cha.

It’s one of the easiest Latin dances to learn thanks to the mastery of such an easily attributable rhythm.

Yet another dance originating from Cuba, it is one of the younger dances that does have influences from other dances.

Cha Cha is one of the only Latin dances to have an easily accessible history.

How to Dance Cha Cha

There’s no hear-say or stories as to why the dance exists, but rather an actual epicenter. It was developed by the Cuban composer and violinist Enrique Jorrin in the mid-1950s.

You may think that because of the faster rhythm, the Cha Cha must be a difficult dance to learn. This is a wrong assumption, as the Cha Cha is one of the easiest Latin dances that anyone can learn.

Cha Cha originated in Cuba and evolved from a slow version of Mambo called “Triple Mambo”, which in itself became the two-step Salsa.

The rhythm was quicker than most Latin dances and became something of a challenge that Latinos in the 1960s took with both hands.

It soon turned into the simple dance we know and love today, making it extremely accessible to people of any dance prowess.

The Mambo dance evolved from a fusion of Danzon, Son, and American Jazz from the dancehalls of the 1950s. Danzon has its origins from European chamber music and African/Haitian drum rhythms.

He named it after the shuffling sound of the dancers’ shoes, meaning that the Cha Cha is an onomatopoeic dance term

On his return to Britain, he taught this as a separate dance and it has since evolved to Ballroom Cha Cha.

The Ballroom Cha Cha is often the type associated with dancing shows on TV.

Cha Cha was introduced to the US in 1954 and replaced mambo as the latest dance craze.

After its introduction to the US, the traditional violins and flutes were exchanged with big band instruments such as trumpets, trombones, and saxophones.

This was easy for the Americans as Jazz was huge in the 50s. Jazz is often attributed to the Cha Cha in the west, and this is the reason why.

How to Dance Cha Cha Cha

The music to the cha-cha usually follows a “slow-slow-quick-quick-quick” kind of beat, though not always.

The dance is almost always fast, and the form is not rigid – the hips roll as the dancers move together, and while the dance does start in the formal “dance frame”:

(lead’s right hand at the follow’s mid-back, follow’s left hand on the leads upper arm, and both of them loosely clasping their other hands together) there are a lot of points where that position is “broken” temporarily.

See how the Cha Cha is performed each step of the way below:

Because the two rocking steps and the shuffle steps mimic the slow-slow, quick-quick-quick beat of the Cha Cha music, the count is often “One-two-cha-cha-cha.”

However, technically the dance starts with the rock backward by the lead, meaning that the dance would start on the “two” beat, not on the “one”.

Once you’ve mastered your Cha Cha steps, it’s time to familiarize yourself with the most prominent Cha Cha jams.

With these soundtracks, you shouldn’t have any trouble impressing your friends and family once you get started.

The Cha Cha is one of the easiest dances that anyone can learn if they have the stamina to handle it!

It’s a fun dance that can brighten an afternoon and has many instructors teaching it. Try it out for yourself and master the rhythm. 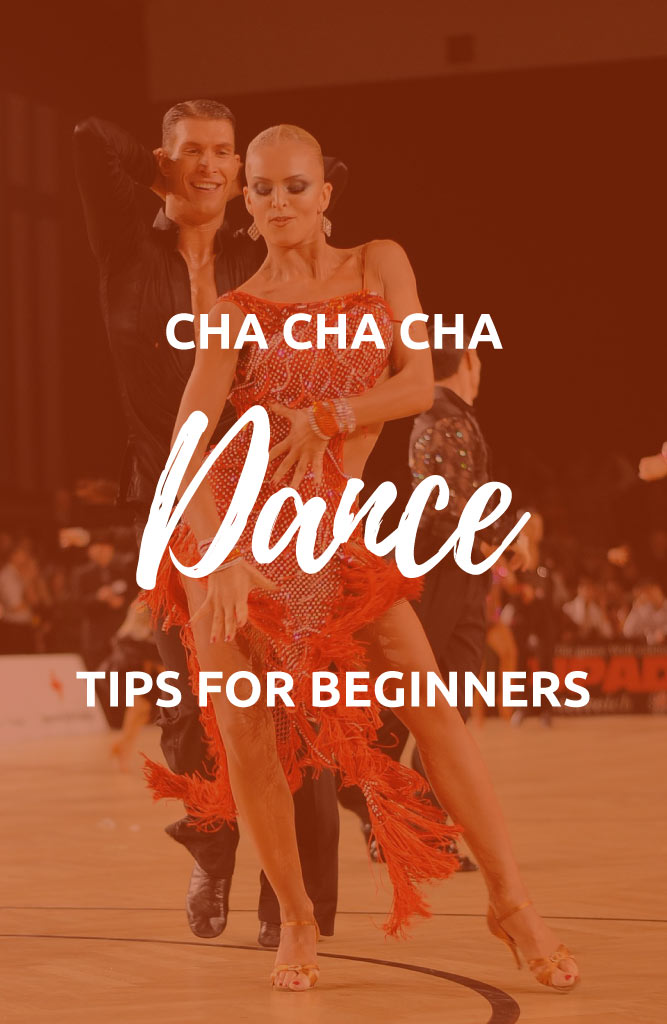 Did we miss something? Got tips, tricks and advice we can learn from?

💬 Leave a comment and let’s start a conversation below…

This website uses cookies to improve your experience while you navigate through the website. Out of these, the cookies that are categorized as necessary are stored on your browser as they are essential for the working of basic functionalities of the website. We also use third-party cookies that help us analyze and understand how you use this website. These cookies will be stored in your browser only with your consent. You also have the option to opt-out of these cookies. But opting out of some of these cookies may affect your browsing experience.
Necessary Always Enabled
Necessary cookies are absolutely essential for the website to function properly. This category only includes cookies that ensures basic functionalities and security features of the website. These cookies do not store any personal information.
Non-necessary
Any cookies that may not be particularly necessary for the website to function and is used specifically to collect user personal data via analytics, ads, other embedded contents are termed as non-necessary cookies. It is mandatory to procure user consent prior to running these cookies on your website.
SAVE & ACCEPT
43 shares