What is the real cost of living in Costa Rica today?

Costa Rica is known as one of the best countries to visit or retire to in Latin America. Costa Rica is a rugged and naturally fixated country with coastlines on the Caribbean and Pacific.

This makes it one of the best places for relaxing, enjoying warm climates, and seeking adventures.

Though its capital, San Jose, is home to cultural institutions like the Pre-Columbian Gold Museum, Costa Rica is known for its beaches, volcanoes, and biological diversity.

Cost of Living in Costa Rica

There are many facets to the animal kingdom found in this small strip of land. Roughly a quarter of its area is made up of protected jungle, brimming up to the seams with unique instances of wildlife.

Including and not limited to the incredible spider monkeys and quetzal birds.

The name ‘la costa rica’, means “rich coast” in Spanish. This was to most expert estimations first applied by Christopher Columbus.

However, many argue that the idea of the coast being rich is true when applied to the gorgeously golden sandy beaches and the rich history of the country.

Another rich facet of the country is the incredible people who live here. They are extremely community-spirited, making the move/trip here a lot of fun.

Why is Costa Rica so Expensive?

Costa Rica may be more expensive than some other Central American countries, but you can certainly experience the country on a budget.

That is if you take the time to investigate low-cost sleeping options such as camping, hostels, and small eco guest houses.

Budget travelers experienced in backpacking Central America and other continents can last a trip on around $30 – $50 USD per day.

Costa Rica’s unit of currency is the Colon (about 520-550 colones = $1 USD). While US dollars are widely accepted, changing your currency to colones is recommended to avoid overpaying for amenities in dollars.

On a budget of $43 USD a day, you can afford cheap rooms, mostly local food, and some Western meals. This can include going out and many outdoor activities which would be considered touristy.

The least cost-effective method of traveling is by taxi, but it is admittedly the most convenient.

Many US citizens don’t consider Costa Rica to be an expensive place to live! Especially since the expensive amenities and products are easy to avoid or substitute for cheaper alternatives.

If you are planning a trip to Costa Rica before making a decision to move here then you’ll get a better idea of daily costing.

According to Salary Explorer, a trusted source that provides lots of relevant information, the average salary leaves a lot to be desired.

A person working in Costa Rica typically earns around 2,360,000 CRC per month depending on qualifications and experience level.

If you were to pit Costa Rica vs Nicaragua you’d see that for a neighboring country the minimum is much higher for Costa Rica.

This is the average monthly salary including housing, transport, and other benefits. Salaries vary drastically between different careers.

If you are interested in the salary of a particular job, see below for salaries for specific job titles.

So, how much does accommodation cost in Costa Rica?

As one of the safest countries in Central America you may not be surprised to learn that the most expensive and fastest-selling properties in Costa Rica are in three pivotal spots.

Central Valley, the greater metropolitan area (including San José, Alajuela, Heredia, and Escazú) where most businesses are, and the Pacific coast.

The least expensive properties can be found in new developments in Costa Rica’s southern region, such as the Osa Peninsula (which many advice not to consider).

In San Jose, the average listing price of houses increased slightly by 0.4% to US$1,131 per square meter (sq. m.) in August 2015 from the same period last year. According to encuentra24.com.

Then again, condominium listing prices in San Jose were almost unchanged from a year earlier, at an average of US$1,623 per sq. m.

As mentioned earlier, as a traveler to the country, you can use some of the best hostels in Costa Rica as a cost-effective way to base yourself and get a feel for some of the local neighborhoods.

Costa Rica strikes a balance that is hard to find in other expat locations around the world.

Neighbouring Panama also has a large expat community, but both countries have very different traditions and cultures.

There’s a comfortable familiarity to life in Costa Rica for those from the US or Canada.

Like all Central America expat spots, for Americans, there is an added incentive that it’s on the U.S. time zones and flights are cheap.

However, there’s more to Costa Rica than just sitting in a great location and attracting families, expats, and retirees.

The majority of expats living in Costa Rica are retirees, with some younger expats and families.

Expat communities are denser in the Central Valley and the Gold Coast regions of the country.

Cost of living in Costa Rica vs. USA

Aside from the idyllic weather conditions, the portrayed safety in Costa Rica is much higher than in neighboring countries.

Since there are many people living in the USA seeking a better quality of life for less cost it makes the perfect place.

Although Costa Rica is seen as expensive in many circles, this is due to the comparisons made with countries in the vicinity of Costa Rica.

Obviously, the cost of living in a poor region of Honduras will be cheaper than expensive digs in the bustling cities of Costa Rica.

The interesting aspect as to why Costa Rica is expensive in the eyes of many travelers is due to the duty.

Cost of Food in Costa Rica

If you stay in Costa Rica for a small vacation, keep in mind most hotels in San Jose and other regions offer a complimentary breakfast.

If you eat breakfast out, a typical small restaurant (called a “soda”) will serve you rice and beans, eggs, and coffee/juice for about $3-5.

This is incredibly cheap compared to the US, in which you would expect more than double this price. You can expect lunch or dinner to cost around $5-7, which is also doubled not including tip in the US.

Costa Rica’s staple meal is called a casado, and it includes rice, beans, salad, meat, maybe some plantains, and a savory sauce. This is typically served in restaurants of varying prices.

Destinations (like Arenal, Monteverde, and Tamarindo always have plenty of options catering to international travelers.

These meals will range in price from $8-15 per person.

This is similar to the prices in the US, depending on if you’re in the major cities or not. High-end restaurants have prices comparable to those in the United States.

Remember that the price of meals can vary quite a bit depending on your location.

You can expect to pay less for restaurants in rural areas, and quite a bit more in popular beach towns like Tamarindo and Playa del Coco.

All in all, when you’re visiting these destinations you should budget to spend as much as you would in a beach town in the U.S.

Living in Costa Rica is more affordable than the U.S. in a general sense, but it’s not rock-bottom budget prices either.

There’s a luxury tax for high-end retirees and those buying an expensive property, but for the many who look for an affordable retirement, that is on offer here.

But one very important thing to remember is that you’ll pay for conveniences like a car (and its gas), and for any imported foods.

It’s understandable that living in a foreign country and importing things from the states will be expensive in a spot in Central America.

This shouldn’t deter anyone from wanting to retire here, however.

Standard of Living in Costa Rica

Costa Rica is becoming increasingly popular with the soon to retire US baby boomers who are actively seeking an affordable and attractive location in which to retire. 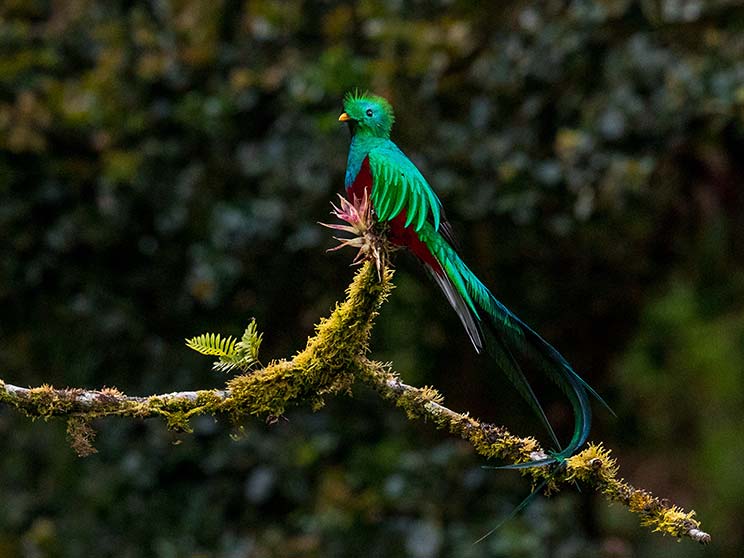 However, it has increasingly become a great spot for young or middle-aged families looking for a change in scenery.

This is because Costa Rica enjoys relatively low crime, is generally neutral, has a relatively high standard and low cost of living it is gaining a positive reputation amongst young people.

Business types, adventure seekers, and pre-retirees consider Costa Rica no longer as a ‘future’ destination but a ‘now’ destination. One doesn’t have to be a millionaire to live like one in Costa Rica.

Most foreign currencies go further here and most bills are much lower, which is why Costa Rica has become a spot for digital nomads and remote online workers too.

Cost of living in Costa Rica

Overall, living in Costa Rica is very easily comparable to Mexico in food, culture, and costs.

While it is technically possible to live on $1,000 per month in Costa Rica, you will enjoy life more by expanding your budget and allowing for extra activities, so save money before moving.

A baseline of $1,400 a month is reasonable for a nice life in many desirable areas of the country.

If you have the time, consider spending your 90-day tourist visa as a research trip.

What are your thoughts? Are you afraid of culture shock or are there other reasons stopping you from testing out living in Costa Rica? 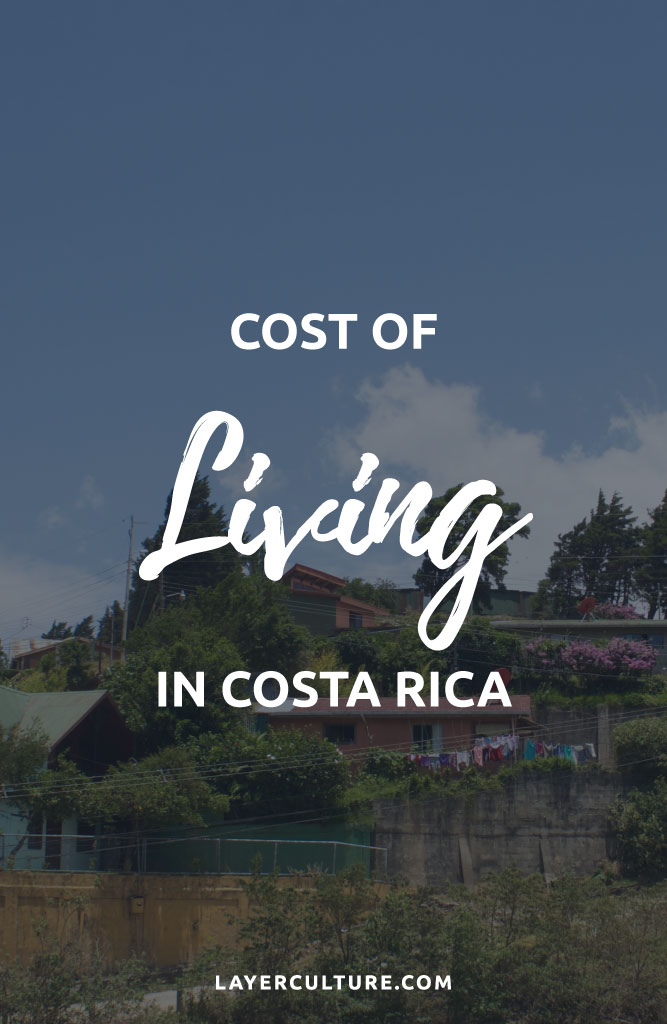 What funds will you require to live comfortably in Costa Rica?