You are here: Home / Central America / Books about Guatemala

Looking for books about Guatemala?

As a truly special nation, visiting Guatemala is a privilege. However, how do you go about learning about this special nation yourself?

As a truly stunning country to come and visit, Guatemala often delivers a kind of history that you simply might not have expected.

This nation is bordered by Mexico, Belize, and the Caribbean. It’s a powerful part of Central America and has become a major part of the region’s culture and its economy.

Going to Guatemala can be a deeply enjoyable experience as you simply know that you are walking amongst one of the most enjoyable nations on the continent.

However, despite going through major turmoil politically in the 19th century, today Guatemala has found stability that few would have ever assumed was possible.

The country went through a massive change in the 20th and 21st centuries. Having once been the plaything of many dictators, today it’s one of the most effectively ruled countries in the entire continent.

While it has gone through incredible challenges in the past, not least the genocide of its Maya population, today Guatemala stands arguably as strong as it has ever been.

The country does still has challenges in regards to poverty and crime, but it’s a light-year from where it was once.

Much could improve still, but it’s thanks to the redevelopment of the nation that we can now say that Guatemala is an improving place in the world.

How its future shapes that development, though, will be very interesting to watch in the future.

Learning about a nation like this can be tough work, but it’s not as hard as it might seem to some.

If you want to enjoy learning about Guatemala, then we recommend that you check out some of the following books; they should make a real difference.

Guatemala is an immensely proud nation, and this book goes a long way to help you understand why that is. See the conflict from first-hand accounts and its deeply challenging past, all the while understanding the unique perspectives which exist when you live in such a country.

When the USA plays games in countries in Latin America, it’s often nations like Guatemala that suffer most. This book shows the horrific CIA operations that took place in 1954, as they tried to overthrow the democratically elected government of Jacobo Arbenz. A classic.

By stripping out the fluff and leaving you with a country that can seem incredibly hard to understand, this is a must-read for any Guatemalan history buffs. A great way to understand the confusing and often silenced history of this most beautiful of nations found in Latin America.

While Guatemala has been a nation of immense persecution, this book tells the story of Rigoberta Menchu. Menchu was someone who comes through an incredibly challenging life and shows you the reality of what life would be like were you to have gone through such atrocities on your own.

For many people, Guatemalan history is built on the work that many of its normal people have put in over the years. This book helps to showcase that perfectly, showing you the traditional weaver who are such a key part of the economy here.

In 2005, these horrifying police archives were released that show the immense brutality of the 36-year civil war that took place in the country. A tremendous starting point for anyone who wishes to fully understand why Guatemala suffered as it did until 1996, and what the reality of the situation was for the police.

With over 600 massacres taking place during the La Violencia era, this is a tremendous starting place for anyone to read about what happened in the 1970s and 1980s in Guatemala. A fantastic, if harrowing, account of what happened to many good people during this particular reign of terror. A hard read, but one that everyone should take on if they wish to know how Guatemala overcame a period of mass, perpetual terror.

As you can see, then, numerous books about Guatemala exist that you should take the time to read over. It’s a unique and endearing place, though it’s not without its faults and challenges.

Read these books, though, and you can soon appreciate just why life in Guatemala can seem like such a tremendous life to live, whilst appreciating its challenges. 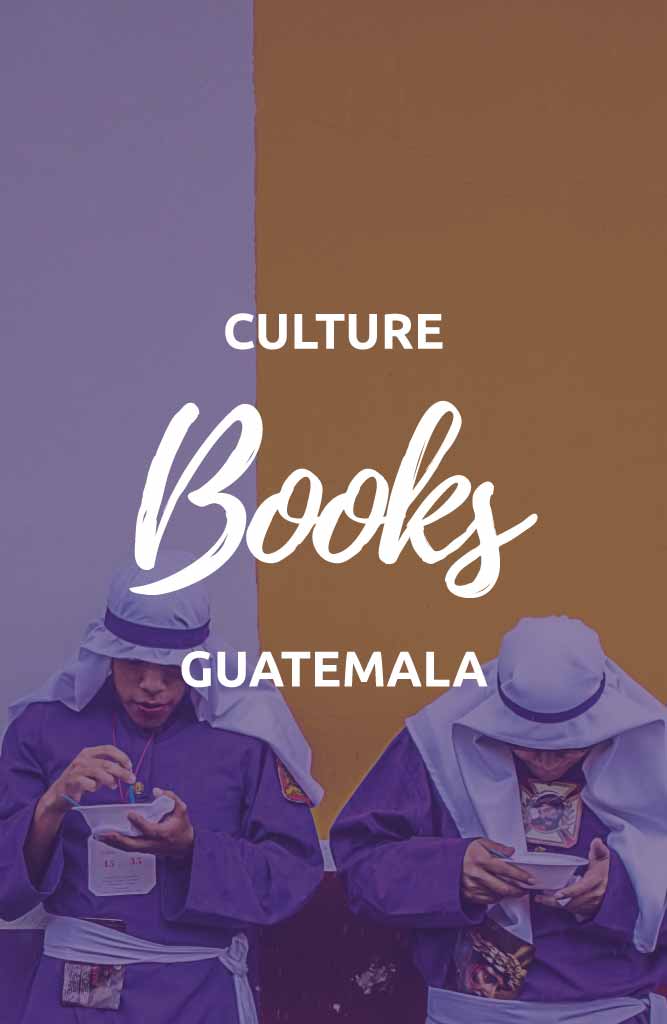 Did this help your search for some books about Guatemala?

“Dear friend! Some links in this post contain affiliate links. Meaning, if you click through and make a purchase, book a hostel or sign up for a tour, I may earn a small commission at no additional cost to you. Your support means a lot to me and helps me to keep traveling and maintaining the quality of this site for you.”