You are here: Home / Latin Culture / Books About Cuba

Are you searching for some decent books about Cuba?

Located within the Caribbean sea, Cuba, without a doubt, is one of the most interesting countries in the world today.

But, learning about it can be tough – cutting out bias and one-sidedness isn’t easy. Where, can you find reliable books about Cuba, to begin with?

It goes without saying that Cuba has played a major role in the last 70 or so years of world decision making.

The nation was a key part of the Cold War era and was a major part of the infamous Cuban Missile Crisis.

The nation itself stands as a location both revered and reviled.

Why Read Books about Cuba?

For fans of socialist ideology, it stands out as a beacon of hope in a capitalist world. For opponents of socialism, it’s a nation of (at best) half-truths and political machinations.

Whatever you think of Cuba, the nations amazing record when it comes to healthcare and innovations with medicine and education can’t be denied.

Despite being sanctioned for over 50 years by the US Government, this is a nation that has survived and fought back.

Seen as a nation that would collapse following the end of the USSR, this has yet to happen.

So, to help you learn about this interesting and polarising nation, we’ve brought together a list of key books about Cuba.

These books offer a great commentary on Cuba and avoid falling into one-sidedness with regard to any kind of political or economic debate.

Instead of hearing the story of Cuba from only one angle, The Cuba Reader does a spectacular job of opening up the debate and looking at this from a much broader perspective. An engaging read, and one that should give great insight.

From Afro-Cuban Rhythms to Latin Jazz

If your interest in Cuban culture comes from its connection to the world of music and dance, be sure to check this book out. It shows you a tremendous explanation of how Cuban music came to be so unique and so revered and helps understand the culture surrounding int.

Waiting for Snow in Havana

This is a must-read book if you are truly interested in knowing about all sides of Cuba. This is a tremendous read of 11-year-olds experiences of exile during the revolution, and his memories of life in Havana. A deeply emotional, evocative reading piece.

Bacardi and the Long Fight for Cuba

Learn about the Bacardi family and other parts of the story of Cuba and how the country has grown to face so many challenges in the last 150 years – only to come out of it fighting and, in some cases, thriving.

Growing to understand the role that the mob had in Havana in the past is a truly hard thing to grasp. However, this book is about as insightful a tale as you are likely to find on the topic, breaking down how the mob won – and then lost – Havana.

Revolutions are often romanticized, but this book does a tremendous job of showing you just how normal the people at the heart of the 1956-1959 Cuban Revolution really were. It showcases just how amateur they were compared to their much loftier opponents; making the victory even more remarkable overall.

With the help of this tremendous book about Cuban cigars, you can learn about why this industry has grown to be among its most famous and most powerful. It’s a tremendous, insightful read that should give you a much greater understanding of what made it such a major part of their economy – it might even help you to make a choice on your next cigar purchase!

Revolutionize yourself in the kitchen with the very food of a revolution itself. A must-have for anyone who is looking to enjoy some deeply engaging and enjoyable understanding of Cuban culinary culture, and how it became such a monolithic part of Latin American cooking inspired by various parts of Cuban history.

Today, the nation is one of the most interesting and polarising in the world. Few other nations can offer such a unique alternative to the modern way of doing things – for good and for bad.

So, for people who want to look at another way of doing things outside of the standard Western approach to society, reading about Cuba is a fantastic place to start.

It offers a whole new bastion of ideas you might never have encountered before, making it a fascinating topic.

One thing about the various books about Cuba out there today is they tend to be quite hard to decide upon.

This list, though, all come highly recommended from afar and are books that are known to offer a fair take on the story of this special country.

Instead of being taken in by the garbage spouted elsewhere, these books about Cuba make a tremendous foundation for your learning about what is a flawed yet fantastic part of the world. 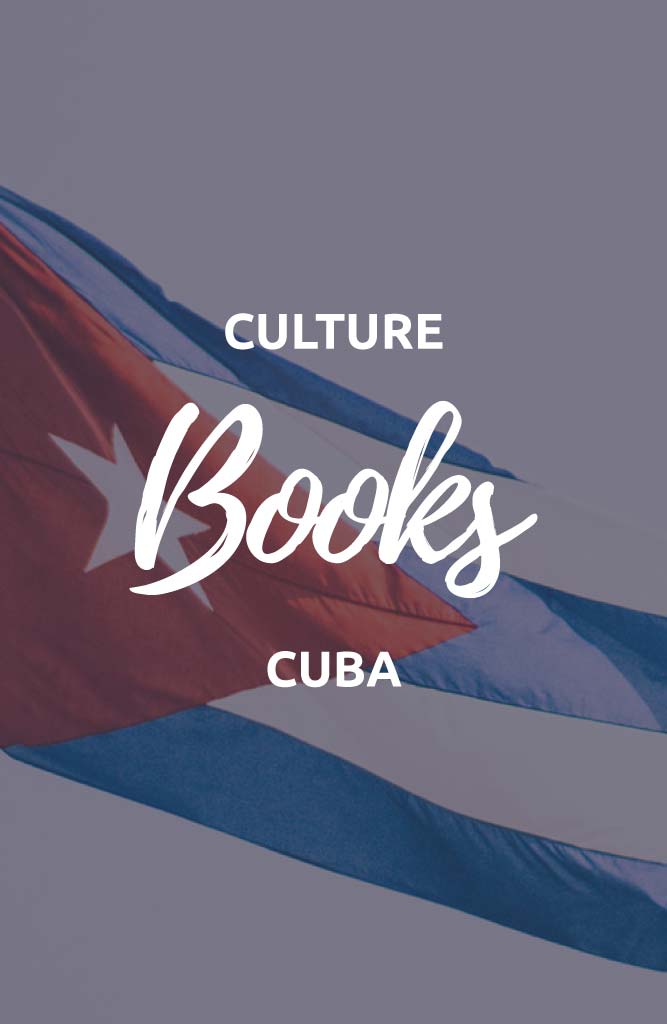 Did this guide help you to find some new books about Cuba?

Do you require more book ideas for your reading pleasure?

Maybe you’re traveling soon and in need of some gear for your trip? Check out this best travel gear page for ideas on what to carry.