You are here: Home / Colombia / Books About Colombia

Are you searching for books about Colombia to read?

While many view Colombia as a nation with a bloody history, there’s a lot more to this amazing nation than drugs and cartels.

Where, though, can you find the best quality books about Colombia?

One thing to note about Colombia is that it’s a nation that has gone through some truly immense changes over the years.

As the fifth-largest nation in Latin America, it’s got the second-largest population of Spanish speakers in the world.

It’s a very diverse land, with everything from tropical climates to massive snow-bleached volcanoes and mountains in the Andres area.

As a nation with a violent past, visitors fear for their personal Safety in Colombia but it’s also a nation that has undergone reform.

While most are aware of its key players, from cartel kingpin Pablo Escobar to footballing dynamo Carlos Valderrama, the country has gone through some truly special changes.

Today, it’s a nation that shows that even when gripped by crime and fear for decades a nation can soon turn itself around.

For many, Colombia is a fine example of the positive power of reform without having to forego your own culture and history.

Without a doubt, it’s one of the most important parts of life in Latin America. It’s become a nation known for its ability to change and grow.

Here are some ideas. Take the time to read through these, and you’ll soon appreciate why Colombia is such a key part of Latin America.

If you wish to understand what makes Colombia such a special yet volatile place, you need this book. It’s a great reading resource; one that should help you to understand the culture, the style, and the personality of the modern nation of Colombia as it is today.

One Hundred Years of Solitude

Be sure to read this fictional account of life in the town of Macondo. Few books can match it for giving you a real sense of just how hard life can be for most people in this part of the world. Covers the rise and fall of an entire town.

If you wish to know what Colombia is like today compared to its past as a vicious narcostate, be sure to read into this book. This is a fine way for you to understand just how this country managed to evolve from a haven for gangsters to what it is today.

The General in His Labyrinth

This book is one of the best to read if you wish to know about one of the most important people in the history of Colombia. Simon Bolivar played a role in liberating five South American nations. This book follows Bolivar as he revisits cities along the Magdalena River. A deep, insightful, yet rather melancholic read.

A great book for anyone looking to learn more and more about how Colombia managed to become the nation it is. This follows the story of Javier Mallarino, and shows how the public persona of a legend can become a problem. A great chance to understand just how challenging life could be for someone who undergoes a major life change by chance.

The Making of Modern Colombia

From the fight for independence to the devolution into a narco-state, Reputation is a fine read for anyone. It’s a great choice to help you understand how this amazing nation has managed to often rise above the lazy stereotypes makes about nations just like it.

This awesome book follows the story of Pedro Gutierrez and is told by a combination of tales from the likes of Rusty Young about what life in Colombia was really like. A fantastic read that will give you a true understanding of the post-Escobar struggle that existed.

The death of Pablo Escobar has been covered numerous times, but this Mark Bowden book is one that you should be reading as soon as is possible. A fantastic starting place for anyone who wishes to understand how Escobar escaped his own self-made jail, and how he was eventually caught and killed.

Having seen life expectancy shoot as high as 71 and 78 for men and women respectively, it’s a nation with one of the highest and most consistent standards of living in the deeply divided Latin American regions.

Without a doubt, a trip to Colombia, whether it’s to the capital of Bogota or to one of its many smaller towns and cities, is something that you should have no problem relishing taking part in.

Now that you can understand why Colombia is such a uniquely identifiable nation, where would you like to start learning about it?

Now that you know where to look for the best books about Colombia, where will you begin?

What do you think is the most engaging, if paradoxical, part of the history of this nation?

Through the numerous books about Colombia mentioned above, you can learn all that you need to know about the challenging and colorful history of this most spectacular of nations.

Where, then, do you see yourself starting the next time you wish to learn about how Colombia became the nation that it is today? 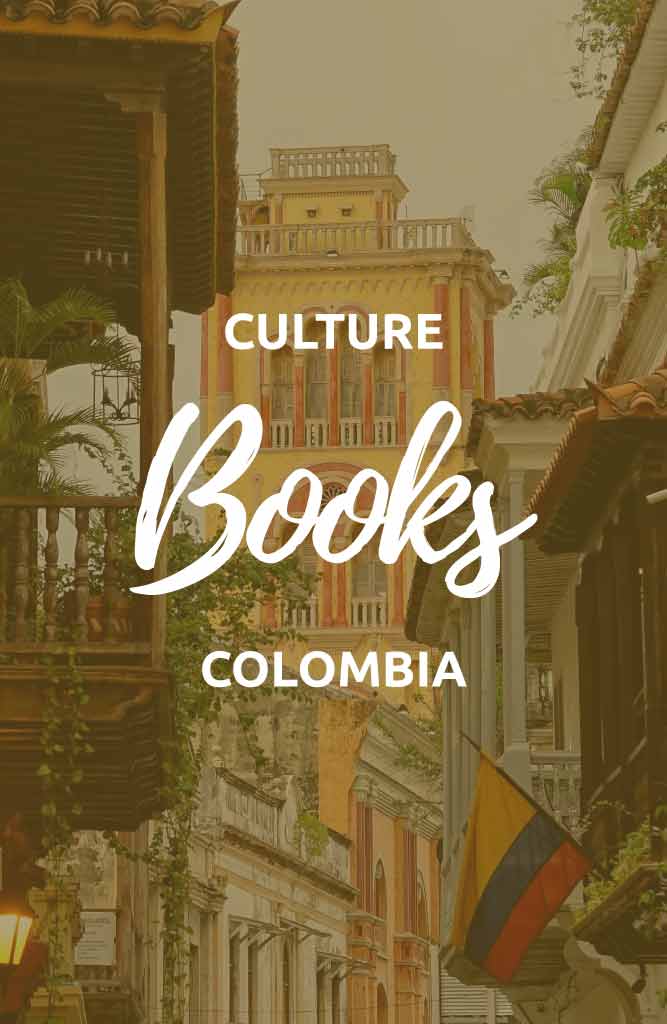 Did this help your search for a book about Colombia?

Do you require more book ideas for your reading pleasure?

Maybe you’re traveling soon and in need of some gear for your trip? Check out this best travel gear page for ideas on what to carry.